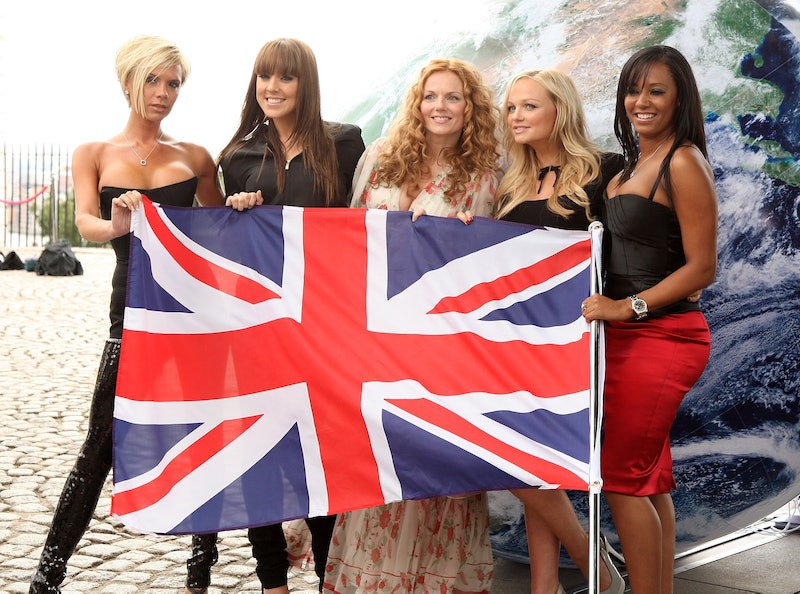 Do you have "Wannabe" stuck in your head just from reading this story's headline? If so, you're in the same boat as me (sorry) as well as the majority of the United Kingdom, for that matter. A recent study found that "Wannabe" by the Spice Girls is the U.K.'s most recognizable song since the 1940s. Basically, we're all still obsessed with the Spice Girls, even almost two decades after their debut album came out.Conducted at the University of Amsterdam along with Manchester's Museum of Science & Industry, the overall aim of the study was to figure out what makes some songs catchier than others. According to The Guardian, researchers used an online game, Hooked on Music, to arrive at their findings. The game asks participants to identify more than 220 chart-topping songs since the 1940s. A computer cataloged the reaction times of more than 12,000 players and found that while most songs took an average of 5 seconds for participants to identify, "Wannabe" took just 2.3 seconds. Critics might have hated the song back when it came out in 1996, but clearly the Spice Girls (and co-writers Matt Rowe and Richard Stannard) were on to something. Plus, you know, they probably couldn't hear the critics over all the massive success and worldwide adoration.

The runners-up included Lou Bega's "Mambo No. 5" and Survivor's "Eye of the Tiger" in second and third place, respectively. Other artists making the top 10 were Michael Jackson, Whitney Houston, and Aerosmith.

Head over to The Guardian for the complete top 10 list, but here's a quick glimpse at what songs round out the top five:

If that hasn't made you nostalgic, nothing will. Excuse me while I lose myself in '90s music videos for the next three hours, starting with this one...