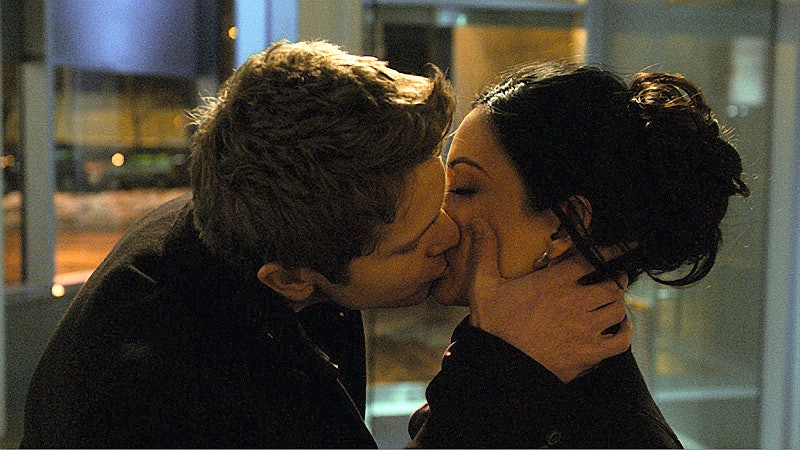 At the end of last week's episode of The Good Wife, "Old Spice," Cary Agos was ordered to stay away from Kalinda Sharma as a new condition of his release on bail (he's awaiting trial on drug charges and his pretrial officer suspected that Kalinda was a bad influence). To be specific, they must remain at least 30 feet away from each other at all times. If Kalinda and Cary were just co-workers, this would be difficult enough. But they're not just co-workers — they're lovers. Well, sometimes, anyway. On Sunday night's new episode, "Message Discipline," Kalinda put herself in harm's way in order to track down Trey Wagner, the missing witness in Cary's drug case. She knows how dangerous it is to get involved in the affairs of infamous Chicago drug dealer Lemond Bishop (and in fact, the day after Kalinda met up with Wagner, he wound up dead), but she did it anyway because she cares about Cary and wants to help prove his innocence.

Still, if you ask me, Kalinda and Cary aren't a good match. To be honest, this court-mandated separation might actually be the best thing for them. Let me explain...

Given the chance, I think that Cary would want to be in a monogamous relationship with Kalinda. However, Kalinda doesn't seem to be interested in monogamy. She has an active sex life and she doesn't appear to want to give it up. That's totally fine, of course — but as far as I can recall, she and Cary have never sat down and had an in-depth, frank discussion about the "rules" or guidelines of their relationship (I think they started to once, but it didn't get very far).

They've never talked at length about their wants, their needs, or their expectations. Consequently, they're stuck in an endless cycle where they have sex, Cary wants more from Kalinda than she's prepared to give, and then he ends up getting hurt when he finds out that she's sleeping with someone else. Sure, they may have feelings for each other (on some level), but when you look at their relationship that way, they don't exactly sound like a good fit, do they?

Maybe this new condition of Cary's bail will cause them both to realize that they're looking for different things. Maybe it will help them to finally break the vicious cycle they've been stuck in. What they're doing right now doesn't seem to be working very well for either of them, that's for sure.