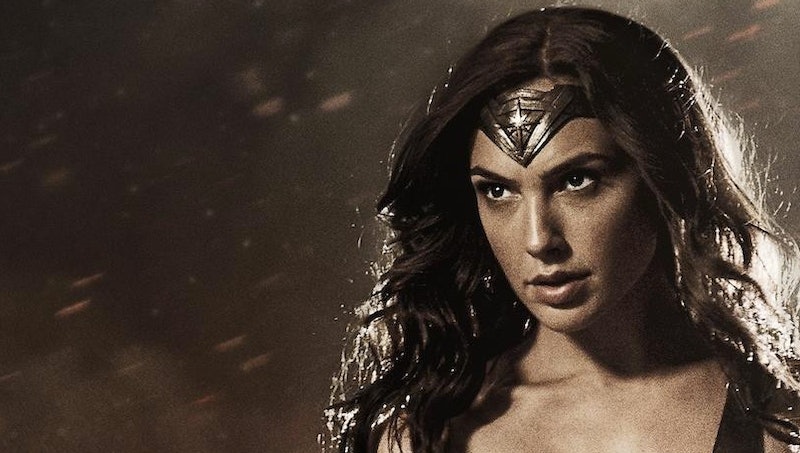 2017 will be a landmark for female superheroes. Both Marvel's Captain Marvel and DC/Warner Bros.' Wonder Woman will hit theaters after a hell of a long time waiting. And it turns out that the Wonder Woman solo movie might have a few twists up its sleeves — it's rumored that we'll actually be getting three Wonder Woman films on top of her participation in Batman V. Superman and Justice League. Perhaps even twistier? That two of those Wonder Woman movies are set to be prequels, with the first taking place in the 1920s.

Rich Johnston of Bleeding Cool writes that 2017's Wonder Woman solo film will kick off a trilogy, and it sounds like things are getting pretty Captain America from there. Here's how it's rumored these three films will be laid out, with a preamble from Dawn of Justice.

Gal Gadot-as-Wonder Woman makes her first appearance, presumably in the present day, presumably in a relatively small role, compared to this film's headliners.

According to Johnston, the first solo film "will spend the first half on Paradise Island with warring Amazon factions vying for control. An arrival of a man on the island changes that status quo, as he asks the Amazons for help." Wonder Woman reportedly goes back with this man to the 1920s, where "the film will then show Diana exploring that world — a world where women have only just got the vote — from her… unique perspective." That sounds very Fantastic Beasts & Where To Find Them of them, though with (probably?) fewer werewolves.

Presumably, this one would take place during the WWII era, because what DC really needs is a direct comparison to Captain America. Johnston also notes that's the era the TV version of Wonder Woman was set in at the beginning.

And then we come to modern day! And to modern Justice League, however that may look by 2025 or 20-infinity or whenever this movie will come out.

Nothing has been officially announced by DC yet, of course — the only confirmed one we've got is that first solo go in 2017. This is certainly a move that, if true (stress the if) shows Warner Bros.' confidence that Wonder Woman won't sink their box offices by virtue of her ladyparts. If Marvel and DC are currently in a pissing contest to see who can win public favor — and, I mean, they kinda are — then DC seems to be a slight foot ahead of Marvel when it comes to showing that kind of confidence in their upcoming properties that don't star white dudes named Chris.

Marvel's got Black Panther in Civil War and his own solo movie, for their part, but can you imagine if they greenlit two more Black Panthers or two more Captain Marvels before their first one even came out?