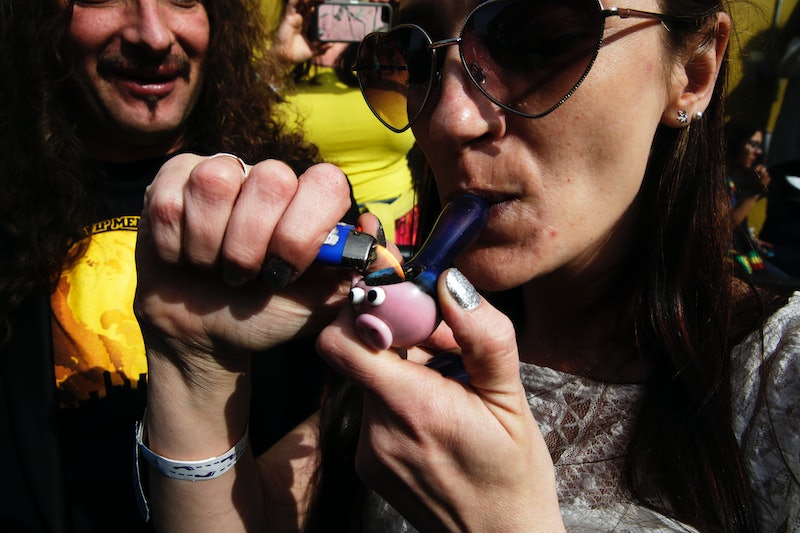 A lot is at stake in the November 4 midterm elections — Republicans and Democrats have been taking vicious blows at each other for weeks while the former party fights to maintain control of the House of Representatives and the latter struggles to hold on to the Senate. But while the questions of who will control Congress is at the forefront of this midterm election (like most), there's another important question on the line for what some are calling "The Marijuana Midterms": which states will legalize or decriminalize weed? Here are the live-updated results from Alaska, Florida, Maine, Oregon, and Washington, DC, the five spots considering new marijuana legislation.

The Legislation: Alaskans are voting on Ballot Measure 2, which looks to legalize weed across the state. This would establish a regulated marijuana market, with a tax of $50 per ounce, and legalize non-commercial transfer, as well as home growing of up to six plants (three flowering) per home.

Results: Ballot Measure 2 did pass, legalizing recreational marijuana for those who are over 21.

The Legislation: Amendment 2 would allow for the legal medical use of marijuana. Qualifying patients could legally use marijuana, licensed physicians could prescribe it, and treatment centers could provide it. It needs 60 percent support to pass.

Results: Amendment 2 did not pass. 57 percent of voters were in favor of the measure, but it required 60 percent approval to pass.

The Legislation: The cities of Lewiston and South Portland are considering legislation that would allow people 21 and older to possess up to one ounce of marijuana without penalty. Portland voters approved a similar measure last year.

Results: This measure was approved in South Portland and defeated in Lewiston.

The Legislation: Oregonians are voting on Ballot Measure 91, which aims to legalize weed across the state. Oregon already has a regulatory system in place for medical marijuana, and the passage of this bill would expand that same system to recreational use, with a tax of $35 per ounce. It would also legalize non-commercial transfer, and allow home growing of up to four plants per home.

The Results: Ballot Measure 91 passed, legalizing the possession and sale of recreational marijuana in the state.

The Legislation: Since DC is not a state, it is not able to fully legalize marijuana. But Initiative 71, the bill in question, would decriminalize weed in the district. Its passage would not result in a regulated market or formal tax, but it would take an already weed-friendly area (it's now just a ticketable offense there) and make it moreso by legalizing non-commercial transfer and possession of small amounts.

The Results: D.C. voters have approved Initiative 71, legalizing the recreational use of marijuana.