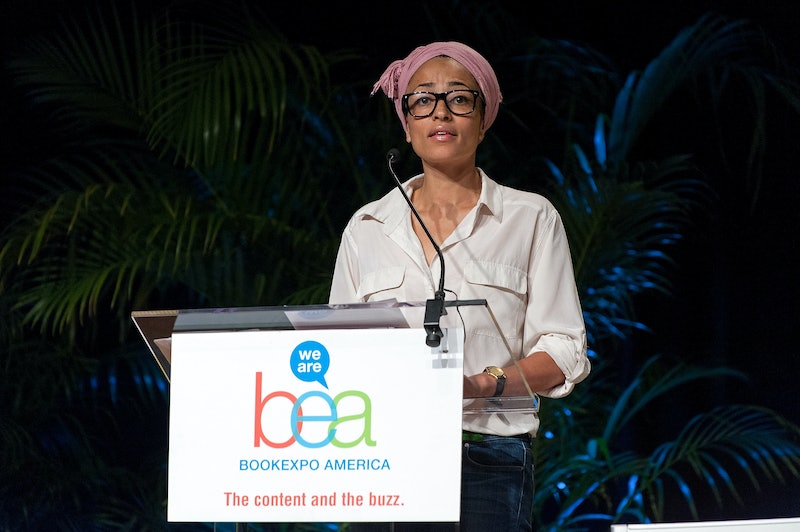 Writing is scary. Even when it’s the thing you love most in the world, it’s no less intimidating to stare at a blank page (or screen) and begin to fill it with words that seem inadequate. Right now, as I sit here writing this in my cozy little apartment, I’m worried that the words won’t come to me — or worse, that the words I choose will be embarrassing, or dumb, or boring.The insecurity that accompanies writing can fool you into thinking that you’d be better off putting down your pen (or closing your laptop) and binge-watching some Parks and Rec instead. I’m loath to discourage quality time with Leslie Knope, but according to writer Dani Shapiro, self-doubt might “be a writer’s best ally,” because if you don’t question what you write, you won’t “struggle to get it exactly right on the page.”So if you doubt your writing, that’s OK. You’re human! And every other writer, including the ones you love the most, feels the same exact way, too. To prove it, here are nine quotes from award-winning, best-selling authors who have also doubted their own abilities, but still persevered and produced beautiful work. And you can, too.

Interviewer: "Do you keep a journal or diary?"

Robinson: "At various times in my life I’ve bought a little finely ornamented volume with a clasp, and written a couple of days’ worth of reflections. And then I come back to it and I think, What an idiot."—The Paris Review, Art of Fiction No. 198

“Dear God, I am so discouraged about my work. I have the feeling of discouragement that is. I realize I don’t know what I realize. Please help me dear God to be a good writer and to get something else accepted.”

“The second halves of both [of my novels] are rubbish because of basic, technical inability.”

—The Believer Book of Writers Talking to Writers

"Each day is like an enormous rock that I'm trying to push up this hill. I get it up a fair distance, it rolls back a little bit, and I keep pushing it, hoping I'll get it to the top of the hill and that it will go on its own momentum. I'm very deeply inculcated with a sense of failure for some reason. And I'm drawn to failure. I often write about it, and I'm sympathetic with it I think, because I feel I'm contending with it constantly in my own life."

Interviewer: “Why did you both feel like it wasn’t going to make it?”Didion: “Because it was my third book and I had not made it until then. And you don’t see — I mean, you don’t think in terms of suddenly making it. You think you have some stable talent which will show no matter what you’re writing, and if it doesn’t seem to be getting across to the audience once, you can’t imagine that moment when it suddenly will.”—The Believer

Interviewer: "Douglas Unger has called your admission to the Syracuse Creative Writing program a 'grand experiment' that he and Tobias Wolff 'had to fight for,' one that has obviously paid off. Given your nonliterary educational background, did you feel out of place as a student there?"

Saunders: "I was always aware that I didn’t have quite the intellectual guns that a lot of the other students had..."Interviewer: "Were you aware at the time that you were a 'grand experiment'?"Saunders: "No. I felt more like a 'clerical error.'"—The Missouri Review

Hemingway: “I rewrote the ending to Farewell to Arms, the last page of it, thirty-nine times before I was satisfied.”

Interviewer: “Was there some technical problem there? What was it that had stumped you?”Hemingway: “Getting the words right.”—The Paris Review, The Art of Fiction No. 21

“Afraid to finish a review for the Prager Tagblatt. Such fear of writing always expresses itself by my occasionally making up, away from my desk, initial sentences for what I am to write, which immediately prove unusable, dry, broken off long before their end, and pointing with their towering fragments to a sad future."

"I experience shame and self-reproach more or less continually."

More like this
10 Must-Read New Books Out This Week
By K.W. Colyard
The Most Anticipated Books Of August 2022
By K.W. Colyard
I've Read The Harry Potter Books 30+ Times & This Plot Hole Haunts Me
By Kelsey Stiegman
We’ve All Had Bad Sex. Nona Willis Aronowitz Is Talking About It.
By Sophia Benoit
Get Even More From Bustle — Sign Up For The Newsletter