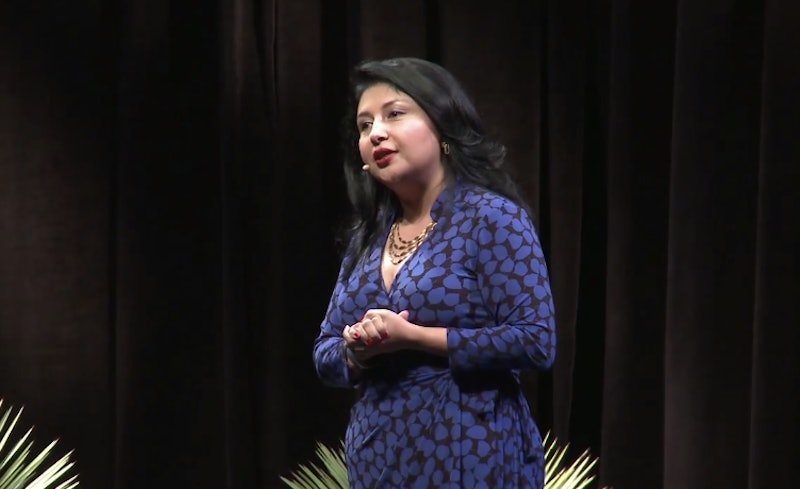 If you want to know exactly what "patriarchy" is and what we can do to dismantle it, look no further than Ananya Roy's genius TEDxMarin Talk on power and gender in the 21st century. Roy is a Professor of City & Regional Planning and Distinguished Chair in Global Poverty & Practice at the University of California, Berkeley, an amazing public speaker and eloquent feminist. She's an author, and her book Poverty Capital: Microfinance and the Making of Development won the 2011 Paul Davidoff Book Award of the Association of Collegiate Schools of Planning, which is basically Pulitzer of book awards in urban planning. And now she's also produced the essential guide to patriarchy and taking it down in her TED talk.

Speaking from her own personal experience with divorce, male affairs with mistresses (or "little thirds" as they are called in China where her story begins), and working in the male-driven world of the tertiary education institutions, Roy has powerful words about the way patriarchy controls both men and women. As well as elucidating exactly what constitutes patriarchy and the insipid ways in which that patriarchy controls even the most innocuous of interactions, Roy's talk is a call to arms. Here are the best quotes from her talk, and you can watch the full talk in the video below, which you will not regret for a second.