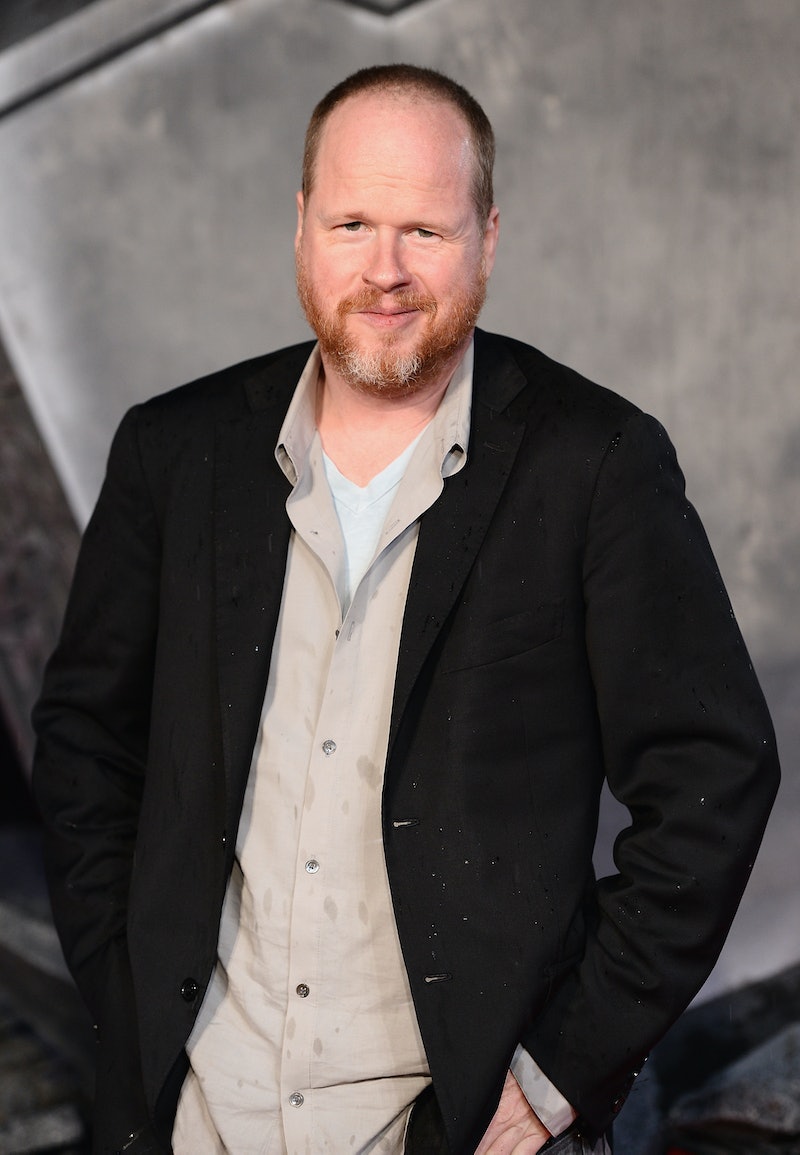 What does change look like when it's happening right in front of you? According to Joss Whedon, it looks a lot like rage and a lot like slow going. The Avengers director has long been part of feminist discussions, from the very creation of Buffy Summers to his more recent support of women like media critic and video blogger Anita Sarkeesian during Gamergate. If there's one major male Hollywood writer you can always expect to get a question about the F-word, it's Whedon. Such was the case in a recent interview with Vulture, in which he made an observation that may be oddly comforting: perhaps people are all so angry about feminism all the time because something's actually happening.

Vulture's Kate Warner started things out by asking Whedon about his advice for male feminists and people who consider themselves allies, wherein he made a good point about the importance of showing rather than telling (emphasis mine):

Well, they need money, they need volunteers. Action is the best way to say anything. A guy who goes around saying 'I'm a feminist' usually has an agenda that is not feminist. A guy who behaves like one, who actually becomes involved in the movement, generally speaking, you can trust that. And it doesn't just apply to the action that is activist. It applies to the way they treat the women they work with and they live with and they see on the street.

He then spoke about witnessing the gender-based attacks that frequent the Internet and, well, everywhere:

You know, it's one of those things that's always surprising. I was raised by a very strong woman, I didn't know feminism was actually a thing until I left home and found out the country didn't run the way my mom's house did. So I have this goldfish, idiot, forgetful thing in that every time I'm confronted with true misogyny, I'm stunned. I'm like, Really? That's like, I don't believe in airplanes. It's like, What century are you from? I don't get it. So usually I'm shocked, then occasionally amused, then occasionally extremely not amused, but once I get over the shock, it's very clear that misogyny in our own culture — and not just where they perform genital mutilation and marry off 10-year-olds — runs so deep. When I see this hate bubbling up towards any kind of progress, my reaction is twofold: First, it's horror, and then, it's delight, because you don't get this kind of anger unless real change is actually happening. It is a chaotic time. It's an ugly time because change is happening. It would be lovely to be living after the change has happened.

I tend to be of the opinion that male feminists and allies don't deserve a cookie for just showing up to the party. Tom Hiddleston and Benedict Cumberbatch declaring themselves feminists, for example, is all kinds of nice and pleasant, but hardly a revelatory moment in feminist history. Neither are Whedon's responses.

But my reaction to Whedon's words are multi-folded. One dominant fold is characterized by relief, the relief of having someone like Whedon, who is far from perfect in his feminism (then again, who is?), but has nonetheless actually funneled his feminist ideology into his work. That his work is actually the kind of media that gets meteoric cultural visibility is a pretty big bonus, and it goes reasonably well with his insistence that words — whether they be tweets, essays, or in-person conversation — should be accompanied by action.

Another fold is taken up by the fervent hope that he is right. Misogyny is clearly deeply embedded; there's no doubt he's right about that part at least. But I hope that the other part — the "you don't get this kind of anger unless real change is actually happening" part — proves to be just as true. I spend an inordinate amount of time staring at conversations about feminism as part of my job. It's a perk, but it's also pretty damn exhausting as a side effect of proximity to the anger and frustration that bubble up around those issues.

But anyone who's actually witnessed change will tell you that that anger is necessary. You're gonna piss people off, and you're gonna be pissed off. They don't call it a pleasant amble to equality. It's a fight, and it's an unavoidable, long, straight-up Sisyphean part of the process. One step forward, four steps back — looking at you, Gamergate threat-makers — and progress is moving rather slowly if you ask me. As Whedon notes, it'd be a lot more fun to be living after the battle's won. But it's never exactly been that simple.

More like this
5 Ways To Stand In Solidarity With Women In America From The UK
By Sophie McEvoy
How To Fight For Reproductive Rights, Based On How Much Time You Have
By Courtney Young
The 'Hocus Pocus' Sequel Finally Has A Release Date & It Makes Total Sense
By Shannon Barbour and Radhika Menon
How Getting An Abortion Has Changed From The ’60s Through Today
By Amanda Chatel
Get Even More From Bustle — Sign Up For The Newsletter