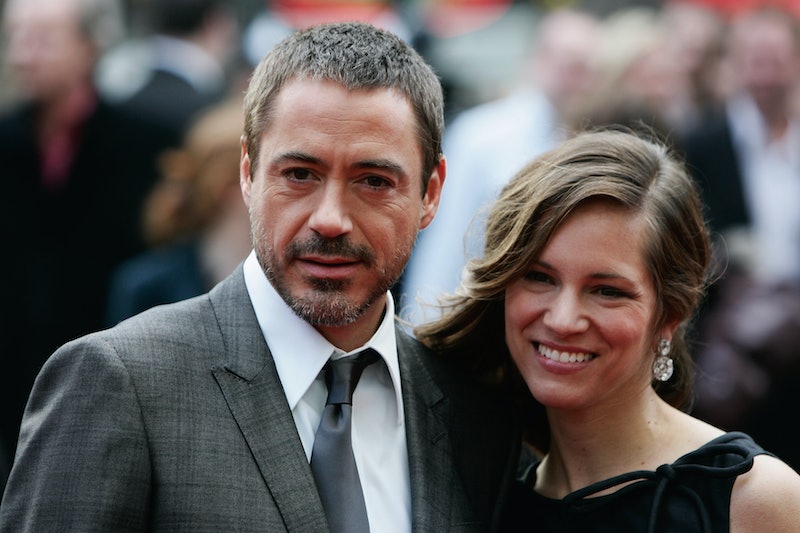 After 9 months of intensive development, Team Downey is pleased to announce our 2014 fall/winter project. Principal photography commenced 11-14 and will continue until she says, "Dad! You are embarrassing me...I'm 30, this has gotta stop." Yep...Avri Roel Downey joined the party @ 3:22 a.m. on November 4th...she's 7lbs even, spans 20 inches, and is accompanied by a variety of Susan's traits that have seemingly overwritten my "junk DNA." I'll post pics here + there when I'm not too busy staring...

Ah, Summer 2014. It was a simpler time, in which the weather was warm, there were no Pumpkin Spice Lattes, and Robert Downey Jr. was announcing his wife was pregnant. You were there. I was there. Downey Jr. tweeted to his wife, Susan, the iconic phrase, "Yo. Susan. Me. Baby. Girl. November. Scorpio?" How romantic. If you've been checking your calendar ever since, you may have noticed that it is in fact November and it is in fact time for the second (or, well, third) Downey Jr. baby to burst into the world. According to People, it finally happened. Allegedly, Downey Jr. and Susan have welcomed their baby girl into the world and they already have the perfect name for her.

To be fair, the couple hasn't actually announced the name of the baby yet. People might have exclusively learned this news, but Downey Jr.'s representative didn't comment or confirm it. Maybe he wants to tweet it himself, maybe he wants to wait until they have a name picked out, or maybe they're just angry about the leak — all I know is that I do believe that the first Downey Jr. daughter has finally arrived and that's more than enough reason to get excited.

If the couple is looking for baby names, then they should look no further than the name Scorpio. After all, it's the stand-out part of his tweet. "Yo" is a greeting. "Susan" is his wife's name. "Me" is his own possessive pronoun. "Baby. Girl" is the pregnancy announcement. "November" is the due date. The fact that he chose to throw Scorpio in there, giving us the baby's potential zodiac sign to narrow down the dates in November we could expect the new child, is extraordinary enough that it will forever be associated with the girl in my mind. Her brothers' names are Indio and Exton. Scorpio would fit right in there.

Regardless of what the could decides to name their new baby girl, congratulations are certainly in order.