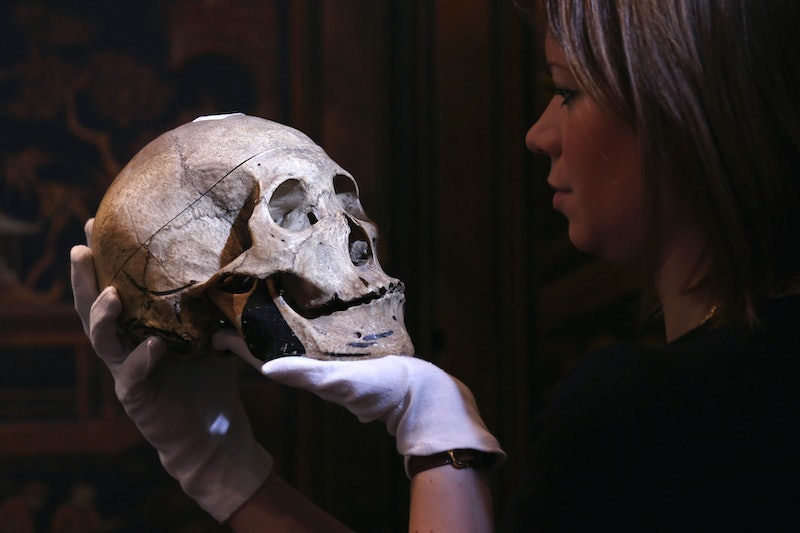 We've all heard people refer to themselves or others as "big boned," usually as an explanation for carrying a little extra weight. Like most cliches, it's easy to assume this doesn't exactly have a solid scientific basis, but it turns out you actually can have big bones. The catch is, the size of your skeleton isn't actually related to your weight.According to a Huffington Post interview with Claudette Lajam, M.D., "big bones" doesn't actually have a medical term, because it's not abnormal. When you think about it, this is actually pretty common sense: differently sized people have differently sized skeletons. There goes science, being all logical again. If you're really tall, it could add a few extra pounds, but beyond that, your weight is mostly made up of your soft tissue (organs, fat, etc. — all the fun squishy stuff). Around 15 percent of the population is large-boned, and as you can probably guess if you've taken a statistics class, another 15 percent of people are small-boned. That leaves 70 percent of people solidly in the middle, so chances are pretty high that your skeleton is normal. Even if it turns out you're a weirdo like me, having a larger or smaller skeleton shouldn't affect anything beyond your height and body shape. You can close that Web MD tab now.

However, there is an important exception: people with small, thin body frames are more likely to get osteoporosis, the disease that involves losing bone mass as you age. If you're a woman, you're already at a higher risk for the disease as well, so make sure you're getting extra vitamin D and drinking a bunch of milk (or calcium-supplemented milk substitute of your choice). If you're really worried you could exercise more like the Mayo Clinic suggests, but in that case you're a much stronger person than me. As always, pun absolutely intended.If you're interested/worried/straight up bored at work, the National Library of Medicine has a handy chart to help you figure out your skeleton size. Have fun!