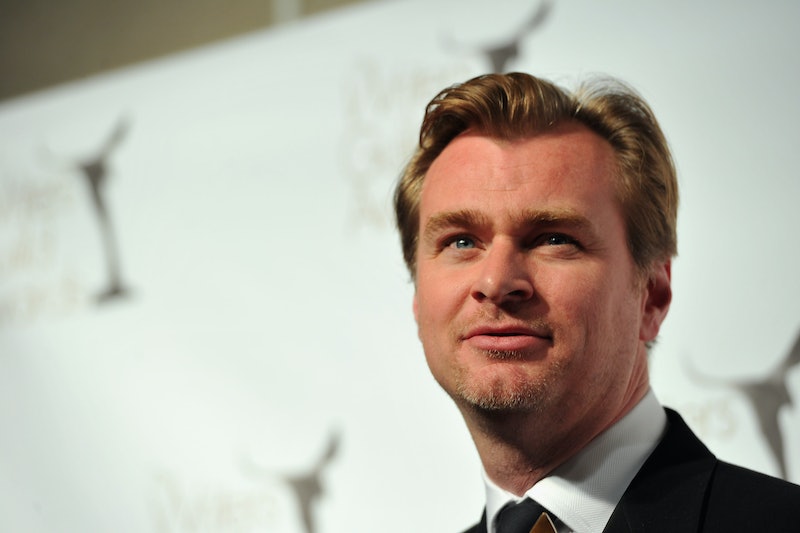 Let it be known that in the realm of our heavily superheroed age, which has included many a superhero film by Christopher Nolan, Nolan is judging all the rest. The Dark Knight director expressed this most recently by throwing some shade in the direction of one of the contemporary superhero movie staples: The post-credits sequence. According to Nolan — as recalled by Zack Snyder to The Guardian— "a real movie wouldn't do that." Ouch.

Nolan, who's currently out-and-about promoting the not-superheroic Interstellar, was specifically referencing his contributions to the screenplay for Man Of Steel. Warner Bros. wanted director Zack Snyder to add a Marvel-style capper to the credits teasing what was to come. For Man Of Steel, that could have been any number of things: Batfleck, most likely, or a Wonder Woman or Aquaman tease. Alas, a Justice League teaser was not meant to be, because if there's one thing Warner Bros. has learned from the most recent Batman movies, it's that listening to Nolan is their best bet, and Nolan will not tolerate phony credits sequences.

Are we sure it wasn't Nolan who directed superhero movie critique Birdman?

In any case, Nolan later clarified to The Guardian what he had actually meant versus what Snyder recalled about the process. As the Guardian edit reads:

According to Nolan, he had told Snyder, "We shouldn’t be chasing other movies, but stay true to the tone of Man of Steel."

In other words: super grim.