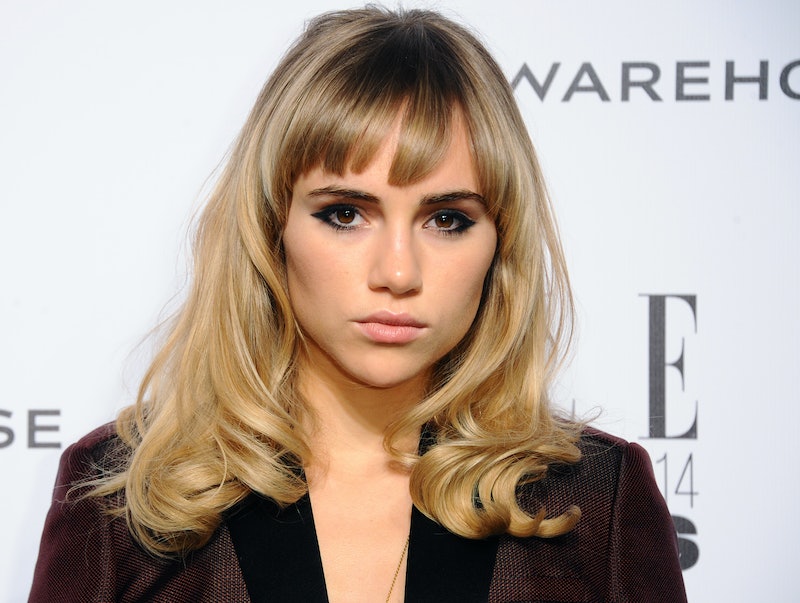 OK, so, in actuality, it was Carey Mulligan who took home the Inspiration Award, while Margot Robbie, Gwendoline Christie, and Diane von Furstenberg were among the other winners. As for Suki, I have to admit, I don't actually know that much about her or her Woman of the Year-worthiness. I do know that Suki Waterhouse's Valentino dress was the red carpet star of the evening. It's no surprise, as Waterhouse consistently wows on the runway (she had one of the best Met Gala 2014 gowns, IMHO) and off (I loved her in the recent Burberry show — because we all need ombre tutu-esque tulle paired fetchingly with orthopedic sandals in our lives).

That said, her Harper's Bazaar Women of the Year Awards dress is no exception to her excellent track record — she wore Valentino Fall 2014, and looked absolutely breathtaking. It's not your average Valentino, either (not that any Valentino is particularly average): Emblazoned with a giant red heart on the bodice (which stands out nicely from the navy blue tulle of the rest of the dress), along with gorgeously whimsical embroidery featuring golden starbursts, birds, and more hearts, it's something that looks like it belongs in a museum; and I mean that in the best way possible. It's an absolute work of art. Take a look:

Okay, let's all sign a petition that all red carpet looks must reach this level of fabulosity, from here to eternity (what a world that would be!).