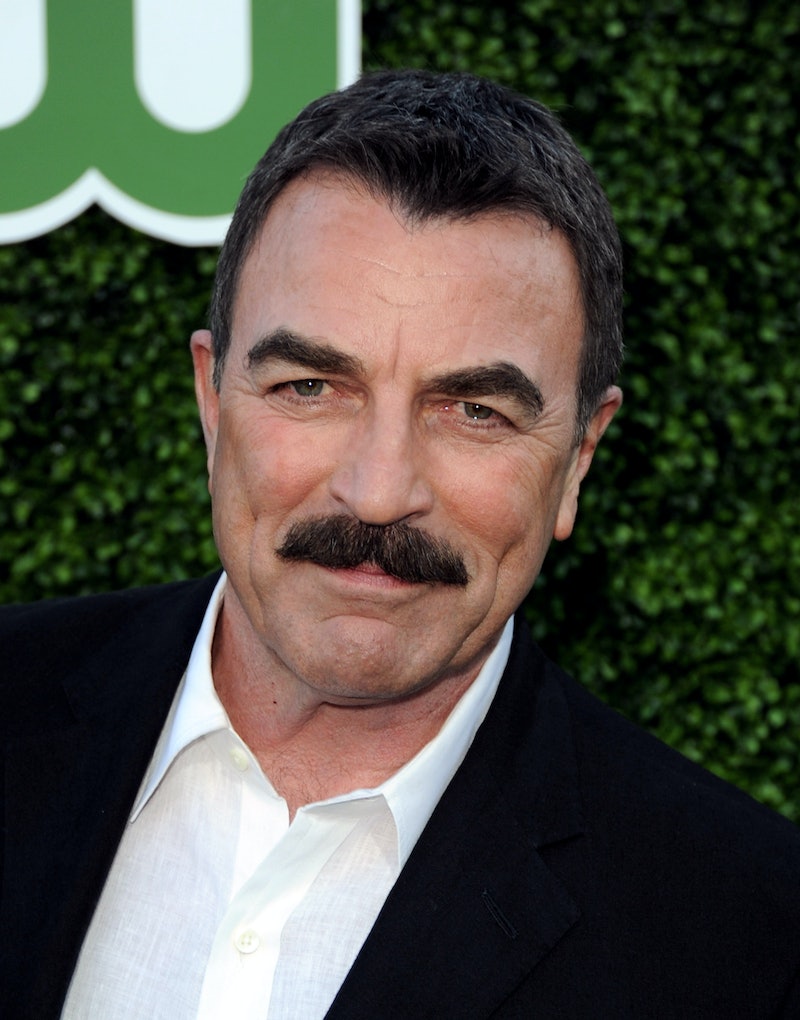 When I think of a mustache/moustache/mustachio (however you like to spell it or say it), I picture the one man capable of sporting a hairy upper lip like no other. Yep, Mr. Tom Selleck. When I think of Selleck, especially in November, my mind immediately goes to Movember, the month/movement that raises awareness for prostate and testicular cancer, in addition to mental health problems. Men (and maybe women, because, let's face it ladies, some of us have hair on our faces, or we can always sport fake 'staches, or even just not shave for a month, which, honestly, would be great, because who likes to shave?) grow mustaches as part of the important campaign.

Movember first started in 2003 Down Under (aka Australia), and now it's a global movement changing lives all over the world. To date, $559 million has been raised to fund over 800 programs in 21 countries. Talk about astounding! Through No Shave November, conversations are sparked about men's health, and thanks to this growing movement, 4 million mustaches have been grown globally. That's a lot of hair, which will continue to grow with people worldwide participating and spreading the word.

As we all know, celebrities are no stranger when it comes to participating in Movember. So, why not continue raising awareness for the special cause by listing off a few celebs who are growing some awesome 'staches, in addition to others partaking in their own, unique way? Here are just a few of our favorite stars who are all about that bass — I mean, that mustache.

Arrow star Stephen Amell is no stranger to helping out important causes, so of course he's participating by growing his very own mustache. As he revealed on Facebook, he's joining "The Justache League of (North) America" and even has his own team/page to help raise funds. Also, if you're wondering, yes, his mustache "feels lovely," per the above video.

For Jensen Ackles and Jared Padalecki, they, unfortunately, can't grow mustaches because of their Supernatural filming schedules. However, that doesn't mean they aren't all about Movember. So, both of them will wear these fancy mustache capes while in hair and makeup. Where can I get one of those?

The sexy TV star is getting as much use out of Movember as he can. Gilles Marini grew a mustache for five days in support of the cause. I assume he'll have to shave for work purposes, but at least he participated for as long as he could. Now that's dedication.

Country singer Jake Owen is getting his lip hairy for Movember and even goes as far as to call his dark mustache "sick." Now, whether we should take that as good or bad, I don't know. He does make apologies for it, but don't get down on yourself for helping out a good cause, Jake!

Judging by The 100's Bob Morley's tweet, he isn't growing a mustache this year (who he calls "Barry"), but he encourages everyone to take part in the great cause. Let it grow, people. Let it grow.

Downton Abbey star Dan Stevens is raising awareness with help from Benedict Cumberbatch. Who knew a man could look so good with a mustache?

Let's give these men a round of applause for their 'stache work, and, of course, raising awareness for an important cause.

More like this
Why Sarah Jessica Parker Wanted Fans To Stop Calling Her Hair Choice “Brave”
By Brad Witter
Tanya Burr Is Expecting A Baby With Her Mystery Partner
By Maxine Harrison
Bustle Newsletter: June 22, 2022
By Stephanie Talmadge
Kim Kardashian Chopped Her Platinum Hair Into A Lob
By Olivia Rose Ferreiro
Get Even More From Bustle — Sign Up For The Newsletter