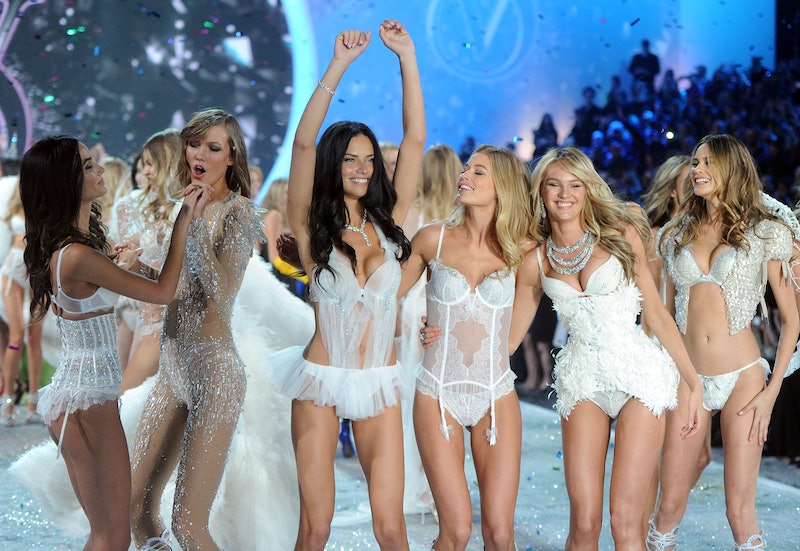 The backlash that Victoria's Secret received over their "Perfect Body" ad-campaign was of unquantifiable magnitude. People were, and still are, very upset and with good reason, it's totally understandable. It seems the Change.org petition that acquired 26,000 signatures worked, as Victoria's Secret changed "The Perfect Body" slogan in attempts to calm the rioting public.

If you missed the uproar following the release of the campaign, VS published a photo of 10 models wearing lingerie with the phrase "The Perfect Body" in the center to promote their new "body bra". The new slogan now reads "A Body For Every Body" to highlight that their body bra is one for every body, no matter the shape or size. If the brand had led with this slogan, I think it would have made for a strong campaign that would have been relatable to most women. However, this sly attempt at "revamping" just comes off disingenuous. All they did was change the phrase, when altering the entire ad would have been an even better choice (though unrealistic for a fast turnaround, which VS definitely needed). A new image depicting models of varying sizes, accompanied by "A Body For Every Body" may have been a better show the public that they are listening to and care about their customers, and just women in general.

Still, however, at least this appears to have been a wakeup call for the lingerie brand. Hopefully in the future they'll consider casting a wider range of body types, because hey, you're all just so darn beautiful.