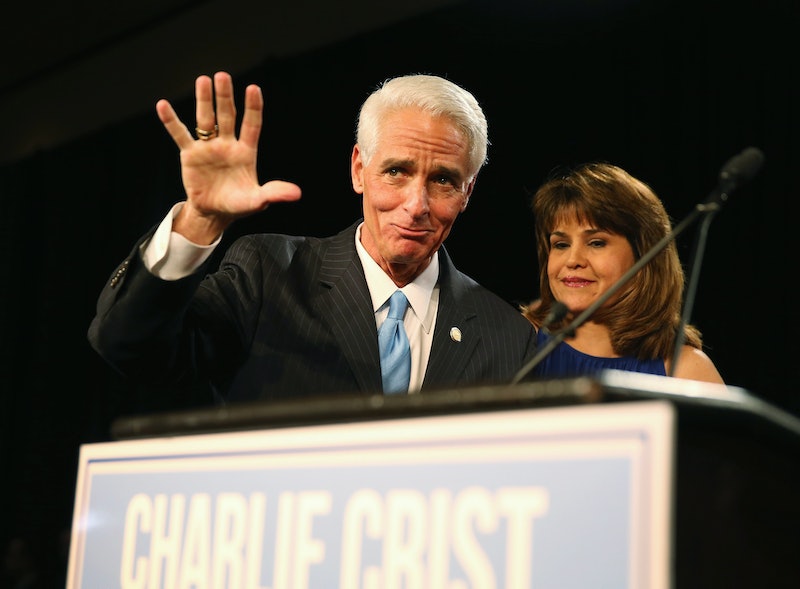 Are you trying to be a better leader? If so, you're in luck because so is everyone else, which means there are tips all over the internet. As you'd expect, a fair number of these tips revolve around appearance, including the results of a recent study showing that people prefer leaders to look healthy, not intelligent. Pretty much the opposite of what you'd expect, right? But hey, we can be weird about that kind of thing.According to Science Daily, the study, published in Frontiers of Neuroscience, asked 148 participants to choose a CEO for a hypothetical company with one of four aims: to compete, work with another company, take the company in a new direction, or "oversee the stable, sustained exploitation of non-renewable energy." The participants were given two versions of the same (male) face, either altered to look more or less healthy, or to look more or less intelligent. For now, I'll ignore the fact that they only used a man's face for a leadership study, but only because the results weren't what you'd expect. I prefer my leaders to be smart, and I'm pretty sure most people would agree. Intelligence isn't actually related to appearance, but given the choice between someone altered to look smart and someone who isn't, you'd think people would go for the first option. However, the only time participants in the study showed a preference for the intelligent-looking face was in the "partnership with another company" and "taking the company in a new direction" situations.

In fact, looking healthy was a much bigger factor. In 69 percent of the cases, people chose the healthier-looking face for all the situations. Basically, we don't care if our leaders look smart unless we need them to be especially creative.It's no secret that female politicians are judged on their appearance, to the point where they can lose elections based on it, but this study, as well as others, shows that it matters for men as well. (Aside from just making fun of their hilarious facial expressions, that is.) Moreover, it demonstrates that while good looks are a huge help, they aren't the only factor in a how we judge appearances.

So how did that play out in the midterm elections on Tuesday? Take a look at the pictures below and see if you can guess who won this week based on their appearance. (I'm omitting their party affiliations because that would make it too easy — unless you've been living under a rock, you've probably heard that Republicans kinda killed it this week.)

That last one nicely demonstrates the exception to every rule, because while Republican McConnell looks like he could use a facial, especially next to Democrat Lundergan Grimes, he was still re-elected in Kentucky.Apparently looking healthy only gets you so far when you're competing in a heated political against an older white man, but it's unlikely that most of us will end up in that situation. So next time you're gearing up to ask for a promotion, maybe spend a little quality time with a face mask the night before. As annoying as it is that appearance is such a big factor in success, it can't hurt. Plus, who doesn't love a good mud mask?

More like this
Prince William Condemns “Unacceptable” Comments Made To A Black Guest At Buckingham Palace
By Shahed Ezaydi
8 Money Saving Experts To Follow For Accessible Advice
By Maxine Harrison
Jennifer Garner's "Lovely Date" To A White House Dinner Was Her Daughter Violet
By Brad Witter
Here’s Your Daily Horoscope for December 5, 2022
By Mecca Woods
Get Even More From Bustle — Sign Up For The Newsletter