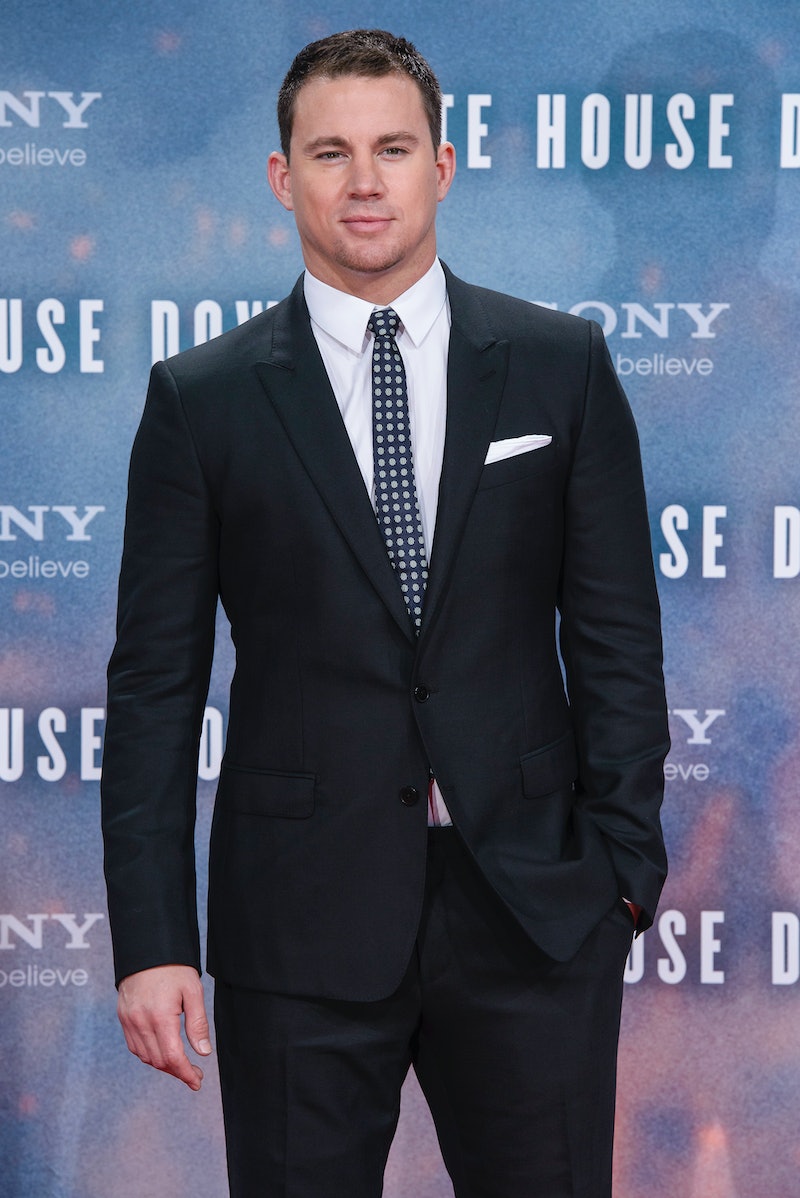 The star-studded cast for Quentin Tarantino's The Hateful Eight will make anyone a fan of the western genre. The Weinstein Company announced the actors lined up for the post-Civil War film on Thursday, including Demian Bichir as Bob, Samuel L. Jackson as Major Marquis Warren, Jennifer Jason Leigh as Daisy Domergue, Tim Roth as Oswaldo Mobray, Kurt Russell as John "The Hangman" Ruth, Walton Goggins as Chris Mannix, Michael Madsen as Joe Gage, and Bruce Dern as General Sanford Smithers. The last name on the list, though, is perhaps the most exciting. Channing Tatum signed on for a mystery role that Tarantino has yet to announce, and this is also his first film with the acclaimed filmmaker. The only thing we can probably rule out is Tatum playing a stripper or any type of dancer. Been there, done that. This will also be Leigh and Bichir's first films with Tarantino — the other six stars have worked with him before.

In a way, this is like a western version of a road trip film. A stagecoach "hurtles through the wintry Wyoming landscape," and along its path to Red Rock, the Hateful Eight will all encounter one another. However, the synopsis warns, "our eight travelers come to learn they may not make it to Red Rock after all." The movie is set for a 2015 release, with Tarantino penning the script and directing, while his longtime collaborators Richard N. Gladstein, Stacey Sher, and Shannon McIntosh produce the film.

More like this
Brad Pitt’s Recent Dating History Includes A German Model
By Brad Witter
Twitter Is At Odds Over Taylor Swift’s Possible ‘All Too Well’ Oscar Run
By Brad Witter
Revisit 1992’s 'A League Of Their Own Cast' Photos After The New TV Series
By Grace Wehniainen
What Is Ben Affleck's Net Worth? At 50, The Oscar Winner Makes 8 Figures Per Film
By Meg Walters
Get Even More From Bustle — Sign Up For The Newsletter