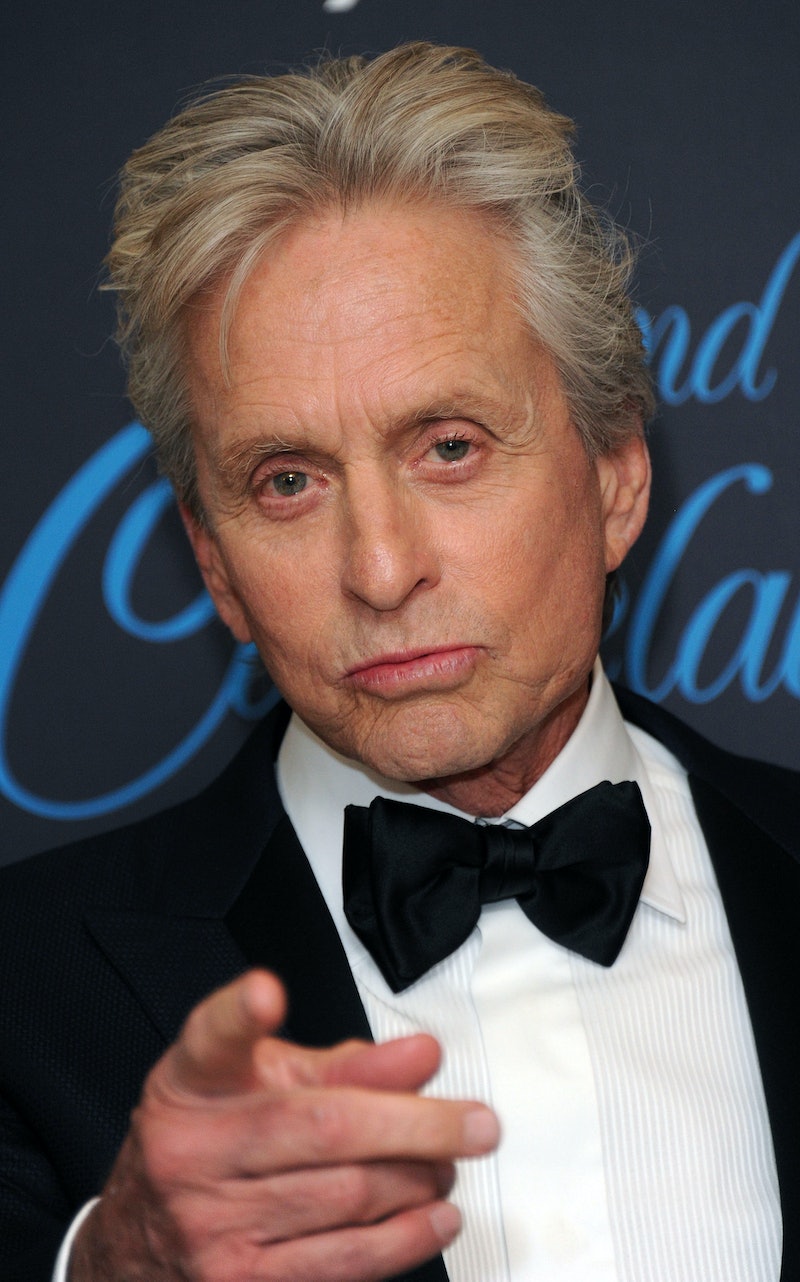 Remember a few days ago when the Internet imploded because Michael Douglas made us all visualize his sexy times with wife Catherine Zeta-Jones by declaring that licking lady bits gave him throat cancer? Yeah, well, about that: Turns out we all maybe got a bit out of hand about the whole situation — I mean, how often does an actor talk about cunnilingus? — and some even took his pithy remarks as fact. Well, the mouths that surround the actor continue to keep tongues wagging (I had to) with continued clarification as to his thoughts on the cancer-cunnilingus connection. First up? The ever-fastidious PR rep, with a quick statement to get all of our minds out of the gutter and ensure that men never have a good excuse to not go down on their gals.

But now, Douglas has decided to face the facts of science, and further clarify his remarks. "Just so we all understand, I think we would all love to know where our cancer comes from," Douglas stated while accepting the Marvin Hamlisch Award at an American Cancer Society shindig in New York. "I simply ... tried to give a PSA announcement about HPV and a virus that can cause oral cancers, and is one of the few areas of cancers that can be controlled, and there are vaccinations that kids can get. So that was my attempt." There's a joke in here about the timing of all this talk of Douglas' sexual mouth aerobics on the heels of his playing Liberace in Behind the Candelabra, but sometimes it's much more fun to just do it yourself.

So, just for those keeping score: oral sex doesn't cause cancer, and you can take that shit to the bank. Or the doctors' office.