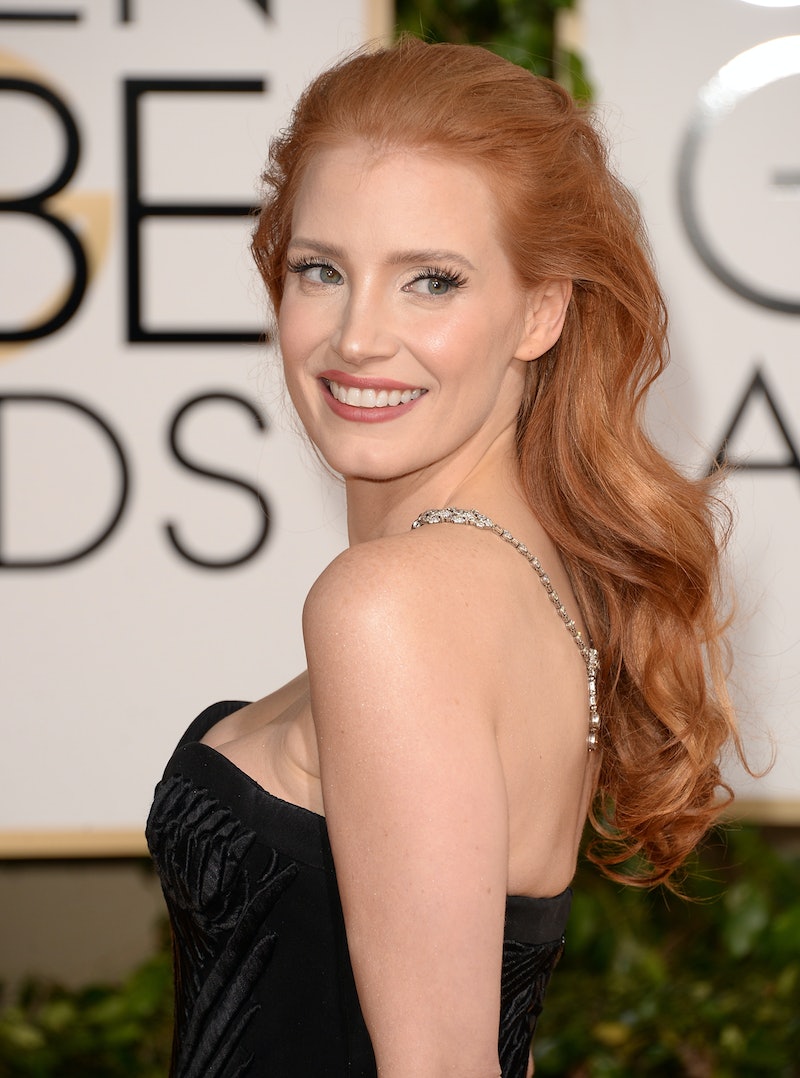 Along with Matthew McConaughey and Anne Hathaway, Jessica Chastain is starring in the space-travel blockbuster Interstellar which was released Nov. 5. Aside from being consumed with the anxiety of watching people hurdle towards black holes, when I see this movie, I'm probably going to take some brain breaks to absent-mindedly wonder who Jessica Chastain is dating. Since every role she touches turns to Oscar gold, her love life is probably equally as charmed, right?

Judging by the fact that she's basically dating European royalty, I'd say so. According to Just Jared, as of August, Chastain's boyfriend is Count Gian Luca Passi de Preposulo, a member of one of Italy's most wealthy noble families. Knock back a couple shots of tequila, say his name five times fast and get back to me. Also, to confirm, I did, in fact, say that he's a count. Even though he could probably afford to guzzle Aperol spritzes for the rest of his life while lounging on a yacht in Lake Como without any sort of job, Passi has established himself as a luxury fashion magnate. As of last year, he was working as an executive for Moncler, and has previously worked as the Director of Public Relations at Armani.

Did I mention that he looks like he walked straight out of a high-end menswear ad? Well, he does and it's intensely sexual. Passi was photographed and profiled in a Vanity Fair article in 2009 about accomplished heirs and heiresses. According to his survey, the curly-locked businessman counts Leonardo DiCaprio, George Clooney, and Julia Roberts as some of his friends, and he tries his best to stay grounded-ish. How? By finding "the count inside himself." He told Vanity Fair, "It’s not the title that’s important — you have to be a count inside yourself." Derek Zoolander couldn't have said it better himself.

According to the Huffington Post, the pair attended the 2013 Women in Film pre-Academy Awards celebration at Fig & Olive in LA, which we can consider their official debut as a couple. A few days later, Chastain confirmed that she indeed had a boyfriend, whom we now know is the Italian businessman with the editorial-ready good looks. On the 2013 Oscars red carpet, she opened up to Mario Lopez about the special guy in her life: "I am very, very happy. It’s a wonderful thing when a career does so well and your personal life goes so well."

And he's a gentleman to boot, right? Since the Oscars, the couple has been spotted out and about everywhere.

Check out this affectionate lean...

Looks like Chastain's tackling the role of countess at large with aplomb.