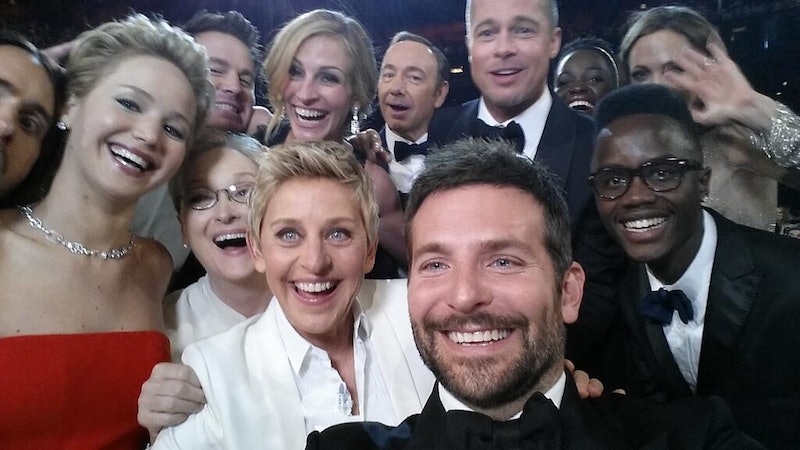 As long as the Internet has existed (and been readily accessible as a method of procrastination), celebrity lookalike generators have propagated; in fact, they have circulated so quickly and frequently they might well have developed sentience and begun breeding without our knowledge. But the question persists: Do celebrity lookalike generators actually work? And regardless as to whether the answer is yes or no, why are we so utterly addicted to them?

BuzzFeed recently investigated one of the most recent of these generators; called Face++, it bills itself as cutting-edge technology that will tell you, without a doubt, which famous face you most resemble. Their results, however, were… shall we say, inconclusive. In the best case scenario, wrote Joseph Bernstein, “you take a devastating portrait and the face machine spits out five pictures of David Beckham, two pictures of Tom Cruise, and one picture of Christian Bale”; in the worst case scenario, however, you end up with a bizarre mishmash of people you’ve never heard of. Face++, it should be noted, was developed by a Chinese company; as such, a large portion of the celebrities in its database are unfamiliar to most people outside of China. Ultimately, its accuracy was unable to be determined.

However, inspired by BuzzFeed’s investigation, we here at Bustle decided to perform an experiment of our own. Using ourselves as subjects, the editorial team attempted to determine once and for all whether celebrity lookalike generators actually work. Here’s how we conducted our terribly scientific (by which I mean not one bit scientific) study:

16 brave volunteers from the editorial team of Bustle.com.

Here’s where things get… interesting. Let’s begin off with yours truly:

Well. That’s certainly a motley crew. I mean, Meryl is awesome, but I’m not sure I see the similarity between her and myself (except maybe for our spectacular schnozzes). Note, too, that none of the people referred to in the results look remotely like each other. Will this perhaps be an ongoing theme?

I appreciate that the generator is gender-blind, but again: None of these people look at all like each other.

I strongly suspect that the Picalo generator thinks glasses are just another body part. Either that or it’s convinced that anyone wearing them must have had them surgically attached.

Kate was one of the only participants to use Face++. Her results clearly indicate that she missed out on a lucrative side career moonlighting as Tyler Durden.

Interestingly, Margaret’s results include a different version of Winona than mine did. Hmmmm…

You guys! Jenny and Julie must be secretly related! How else do you explain the fact that they both allegedly look like Fred Durst, Ben Kingsley, and Michael Bloomberg?

At least Kathryn’s results have something of a face shape theme, although Bloomberg’s repeated presence continues to surprise.

In a past life, Hayley was blonde; she was also the author of an incredibly successful series of children’s fantasy novels, the first of which was titled Mary Trotter and the Magician’s Pebble.

Rosanne was destined for a life of royalty.

Lia managed to come up with perhaps the only somewhat accurate result: She totally does look like J.Lo.

Maybe if I squint a little… nope. Not seeing it. Also, BILL CLINTON?

Kelsea’s results are perhaps the most telling: She submitted two photographs, proving that depending on the angle from which your picture was shot, your results will differ dramatically.

Also, does anyone else now have the Sesame Street “Which of These Things Is Not Like the Other” song stuck in their head?

It’s just as we suspected:

Celebrity lookalike generators don’t work one bit. Our findings may not be surprising in and of themselves… but you know what is surprising? The fact that so many of them exist, as well as the fact that they remain such a popular procrastination tool. We were unable to determine why humans feel compelled to use them, in spite of the fact that we know they don’t work; further studies might attempt to explain this strange phenomenon.