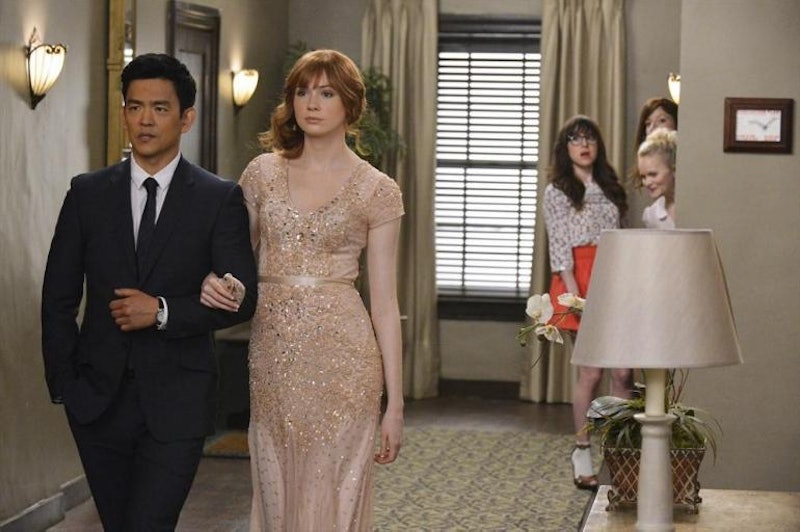 In what is probably one of the saddest decisions of the Fall 2014 television season so far, ABC has reportedly opted to cancel freshman comedy Selfie after just a few episodes, citing the show's low ratings.Selfie, which starred Doctor Who alum Karen Gillan and Harold and Kumar star John Cho, was a modern-day retelling of the classic

George Bernard Shaw play Pygmalion (which was later adapted into the more popular musical, 1956's My Fair Lady). Though it didn't get the best reviews in the beginning — like many new shows, it was shaky during its first few episodes —the series did eventually find its footing, and it managed to turn into a fairly charming show with characters that held real emotional depth. Sadly, it's downfall was likely that it had the only title on television more unfortunate than Cougartown. As of now, the network has just officially said that they will not be ordering more episodes, so the series will remain on their schedule for at least one more week. Should ratings for its next episode on Tuesday fall lower than last week's 0.9 rating, it's likely ABC will just pull the series from the air all together.Selfie, I will post a selfie today in your honor. #sadface