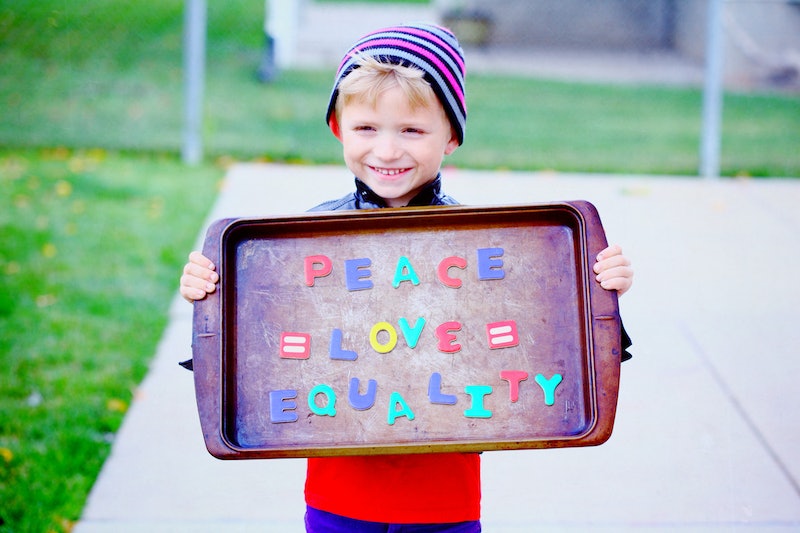 Most people's understanding of the non-heterosexual and non-cisgender community is limited to the L (lesbian), G (gay), B (bisexual), and sometimes T (transgender/transsexual/trans*). But many people are surprised to learn that there are many other identifiers that relate to gender and sexuality that don't show up in the mainstream, and so many ways for, for example, women who like other women to identify other than just "lesbian."

The Gay and Lesbian Alliance Against Defamation (GLAAD) has a list of terms called "The Media Reference Guide" that identifies and contextualizes the terms we are are most likely to hear in films or on television. Besides lesbian, gay, bisexual, and transgender/ transsexual, the list includes phrases like homosexual, biphobia, coming out, closeted, civil union, and sodomy laws. The list is useful, but while it's important to be aware of phrases we hear all the time, it's equally or even more important to draw attention to phrases and identities we don't hear that often, and create discussion around and visibility for people who may fall into those identities. Here are a few you should know about.

Definition: A person who experiences little or no romantic attraction to other people. Though what constitutes "romantic" varies from person to person, people who are aromantic experience fulfillment from relationships that can be both platonic and non-platonic.

Common misconceptions about aromantic people: They can't be in or enjoy relationships and they never experience crushes.

Definition: A person who experiences little or no sexual attraction to other people.

Definition: A person who generally identities as two different genders, either at once or at different times.

Common misconceptions about bigender people: they dress to reflect both genders, or they identify as genderqueer (see below).

Definition: A person whose gender identity aligns with the sex they were assigned at birth.

Common misconceptions about the term cisgender: cisgender is the opposite of transgender. While this is true in some cases, it reduces trans* identity to just one definition, which is problematic because the trans* experience can range from individual to individual.

Definition: A person who doesn't adhere to binary gender and can identify outside of it entirely or as a mix of it.

Definition: Pansexual people experience sexual attraction to people based on their aesthetic, romantic compatibility, and sexual desirability, oftentimes without regard to their gender.

Definition: An acronym that stands for "queer/questioning, undecided, intersex, lesbian, transexual/transgender/trans*, bisexual, asexual, gay, genderqueer. The acronym was coined in an effort more inclusive towards gender and sexual minorities.

Common misconceptions about the acronym QUILTBAG: that it's all-encompassing. Remember, there are so many identities that exist that it would be impossible to truly make an acronym that captures them all, and though some people use umbrella terms like "queer," not everything can be put under an umbrella.

While this list is by no means exhaustive, it may introduce some new concepts or identities that expand the limited LGBT acronym that we have come to think of as all-inclusive. It's also important to keep in mind that these definitions aren't written in stone, and can be changed or embellished depending on different understandings or personal experiences. The great thing about identity is that it's a part of everyone in a different way and implying that there are non-negotiable definitions of it defeats the whole purpose anyway.