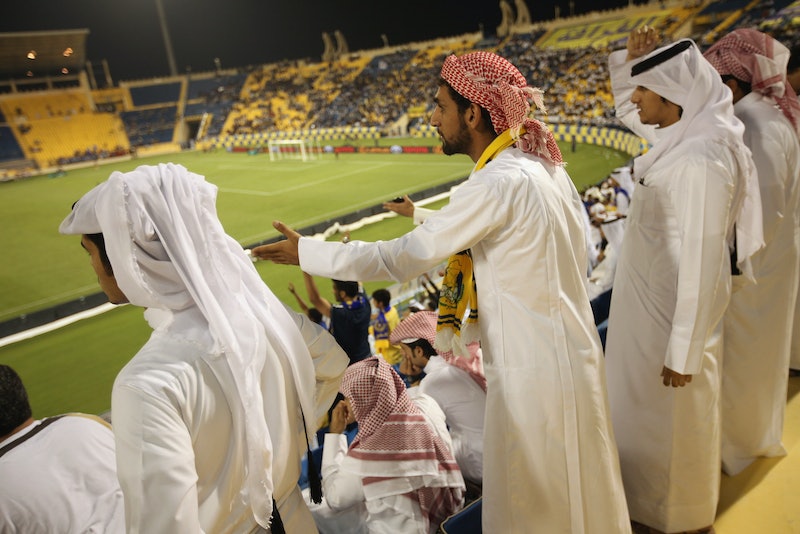 Things have gone from bad to worse in the controversy over FIFA's 2022 World Cup; it looks like the infrastructure we all knew Qatar would need to build for the World Cup is being built by North Korean slaves. The 2022 World Cup has been controversial since since 2010, when a vote by FIFA's 22-man leadership team decided that Qatar would host the World Cup in 2022 —not Australia, South Korea, Japan and the United States — the other countries who made competitive bids to host. Following a decision that they must have known would be highly political, the FIFA leadership team has faced extensive criticism over the choice to take the World Cup to the Middle East for the first time. Now, following years of heated political discourse over FIFA's choice, things really appear to have gone from bad to worse. The latest controversy over the 2022 World Cup? Thousands of North Korean laborers are building structures for little pay (potentially no pay) in what is being called "state-sponsored slavery" by Pete Pattisson for The Guardian.

Pattisson spoke to defectors and workers who had been on the site. Several told him that they worked in Qatar for approximately three years and received no salary when they returned home. The expectation, they said, is that workers receive their pay upon return back to North Korea, but pay checks have not materialized. According to a worker on one of the sites,

People like us don’t usually get paid. The money does not come to the person directly. It’s nothing to do with me, it’s the [North Korean recruitment] company’s business.

North Koreans haven't been dispatched to stadium sites, according to reports, but rather to build Lusail City, Qatar's new luxury development created to accommodate the World Cup in 2022 and the expected influx of 400,000 fans. The $45 billion development boasts luxury islands and shopping resorts, and was designed to accommodate wealthy international soccer fans and broader tourism to Qatar.

Qatar has already been condemned by FIFA fans as a terrible choice to host, for reasons including piping hot temperatures and clashes between Qatar and football cultures. Drinking alcohol is illegal in Qatar, for example, and fans from countries like Britain, South Africa and Brazil have cited this incongruence as a potential deal breaker. In response to questions over Qatar's anti-homosexuality laws and how LGBTQ fans could potentially enjoy the world cup, FIFA boss Sepp Blatter suggested that gay fans simply "refrain from any sexual activities." So essentially, his answer was something along the lines of "don't come, your antics are not welcome there." Right-o, FIFA.

In order to accommodate the anticipated influx of fans, Qatar was always going to have to build in advance of hosting the 2022 World Cup, but did anyone in their wildest dreams assume that it the massive creation of infrastructure would be at the hands of North Korean slaves? As if it wasn't enough that women and LGBTQ fans would have to refrain public displays of being female and gay, now anyone who wants to watch or support the cup will be implicitly supporting an atrocious human rights violation.

Back when the 2022 announcement was made in 2010, Qatar's Emir Sheikh Hamad bin Khalifa Al-Thani thanked FIFA.

We have worked very hard over past two years to get to this point. Today we celebrate, but tomorrow, the work begins. We acknowledge there is a lot of work for us to do, but we also stand by our promise that we will deliver.

Yes, there is a lot of work to do if you still want to play host. Your move, FIFA.