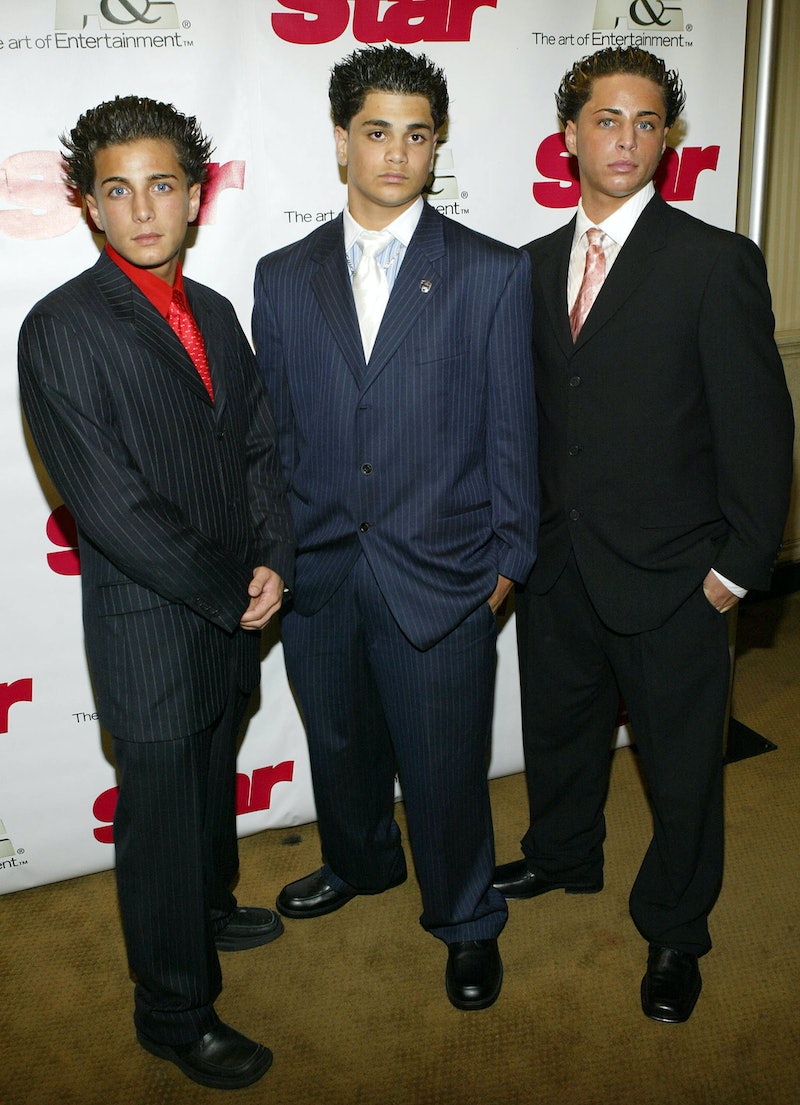 The reality series Growing Up Gotti chronicled the lives of Victoria Gotti, daughter of famous mob boss John Gotti, and her three sons, Carmine, John, and Frank. In the ten years since Growing Up Gotti was on the air, the Gotti brothers did a lot of growing up… and stopped wearing creepy blue contacts. But they do still sound a lot like the guidos we knew and loved back in 2004. And while there are plenty of ways that they've changed, there are just as many ways that they've stayed the same.

All three brothers glorify their grandfather in a way that's not just familial love — after all, they barely got the chance to meet the man — but an upsettingly intense deification of a man whose chosen profession was organized crime. While none of the brothers claim to be involved in organized crime, they sure love to post things like "I don't pray to God... I pray to Gotti." Gross.

But what have they been up to besides praising the Gottis who came before them? Let's take a look at the post-reality show lives of Carmine, John, and Frank.

After we lost Growing Up Gotti, Carmine found another talent to exploit on reality television — he's a singer. He made it to the last round of the short-lived show But Can They Sing? , a singing competition on VH1 between former reality stars.

Judging from the clip above, the singing expectations were not incredibly high. But that marks the second piece of reality TV show history that Carmine participated it — this was one of the first TV singing competitions and one of the first "celebrity" reality shows.

John, who was named for his famous grandfather, is currently engaged to a woman named Alina. His mother's friend and Real Housewife of New Jersey Teresa Guidice attended his engagement party.

Frank is an interesting case. He authored the book The Gotti Diet: How I Took Control of My Body, Lost 80 Pounds and Discovered How To Stay Fit Forever. He's the youngest brother, and is only 24 years old. According to Twitter, he has a serious girlfriend, Savanna Simonetti.

Frank refused to appear on this reunion and discuss the original Growing Up Gotti. Supposedly, he claimed he was sick. You'd think he'd want to show off the results of his fit lifestyle and promote his book in front of TV audiences, but instead he dodged the cameras. I guess the reality TV gene skipped him over.

But the rest of the Gotti/Angello family will be answering all of the burning questions left unanswered by their brief time on Growing Up Gotti on Nov. 10.