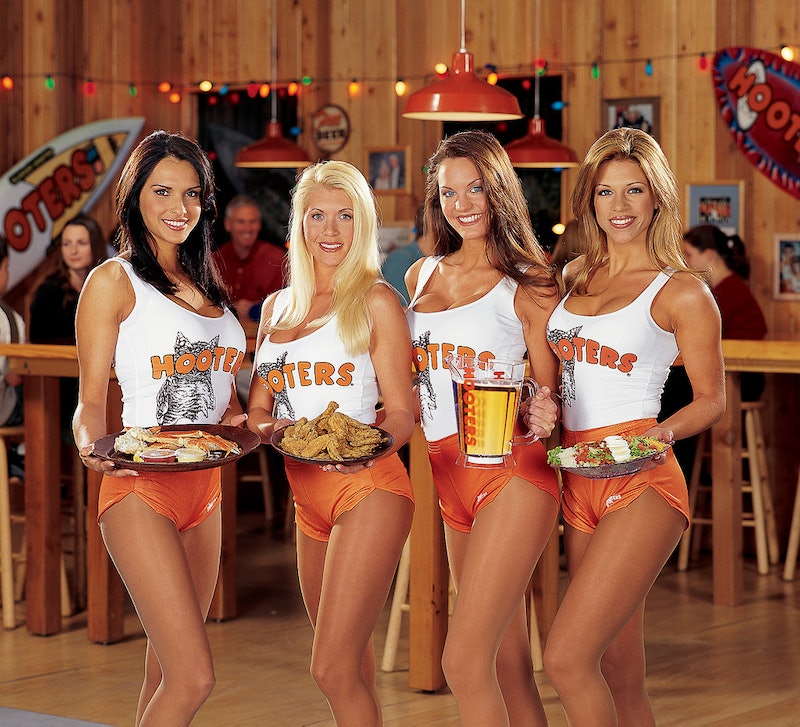 So the next time anyone tells you the tech industry is “totally friendly to women” you may now lay aside your long, well-argued, factually laden explanation of why this is not the case and instead respond with only one word: Titstare.

Unfortunately, that may be the only good thing about Titstare.

Titstare is an app presented Sunday at TechCrunch’s Disrupt SF Hackathon, a large-scale technology conference featuring expert speakers, start-up companies — and lo and behold, sexism. The Titstare app, presented by Australian duo Jethro Batts and David Boulton, is more or less what it sounds like: an app where you “take photos of yourself staring at tits.” And to help you do that, it features a “live stream” of: yep, you guessed it. And because I don’t want to describe it anymore, you can watch the presentation below. Don't worry though, it doesn't exist... yet.

And to top it all off, there was a nine-year-old girl in the audience, there to present her own idea (which is pretty awesome). I wonder what she thinks about women in the tech industry right now.

The sad truth is that no matter how much the tech industry prides itself on being all about freethinking and open ideals where anyone can succeed on their innovative know-how, as long as sexist frat humor continues to be so prominent, it can’t hope to live up to that promise. Even if we believe that the app was meant to be a joke, the fact remains that it wasn’t funny. It was offensive and inappropriate.

The apology from TechCrunch helps. The number of people in the industry denouncing it helps. This photo helps. But the only thing that will really make this better is if the tech industry actually takes a long hard look at itself and decides that the sexism within its ranks is both real and unacceptable.