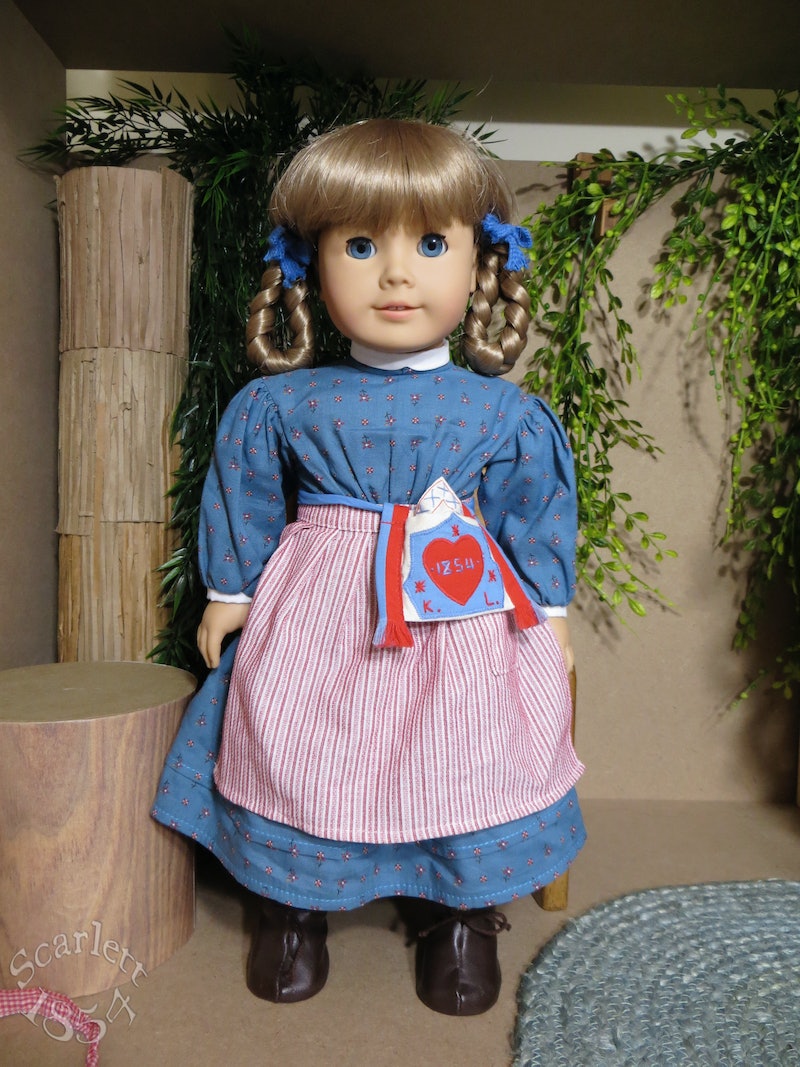 As it turns out, that old American Girl doll of yours could have way more than mere nostalgia value. As reported by Buzzfeed, some American Girl dolls are now worth more than you'd think — we're talking hundreds of dollars more than their original prices, if you try to sell them on eBay. Got a couple of brand new dolls stashed away? They could be worth a cool $500. Lucky enough to own a doll's complete clothing and accessory set? You're possibly looking at three grand.

Kirsten Larson, a pioneer character inspired by the brave immigrant girls who settled in the fledgling United States of America in the early 1800s, was a staple of the American Girl brand until Kirsten's "retirement" in 2009. I remember that my old Kirsten doll, purchased in the early 1990s, originally cost about $100 (she was a stretch of a Christmas wish list item for my parents' budget, indeed). Adjusted for inflation (not including any genuine price increases), Kirsten would cost about $164 today.

I had already started making plans to steal my Kirsten doll back from my mom's house and use the proceeds to pay off my student loans when I realized that the American Girl doll resale market is a mixed bag, unfortunately. Sure, if you've got one of the originals in perfect, mint condition, you might stand to make a little money. But my Kirsten is probably much like the Kirsten featured in this listing: sticky-eyed and puffy-haired. But even a retired doll who's in regrettably used condition is apparently still worth $50 or so.

It looks like recently retired Asian American "Ivy" has a pretty strong resale value, at least compared to the dime-a-dozen Kirstens.

Notice, though, that several of the original Buzzfeed story's referenced eBay listings remain bidless, or are as-yet un-purchased "Buy It Now" items. Perhaps at the end of the day, this is more a story about American Girl resellers' inflated hopes than about their dolls' inflated prices.

More evidence that American Girl eBay sellers are clueless: check out this Kirsten in a Felicity dress! Is this doll's owner a creative, historically extra-fictional time traveler, or just an American Girl rube?

More like this
13 Summer Solstice Quotes To Celebrate The Longest Day Of The Year
By Sadie Trombetta
The Summer Solstice Spiritual Meaning, Explained
By Jessica Booth and Brittany Beringer
18 Father's Day Poems That'll Make You & Your Dad Tear Up
By Michelle Regalado and Siena Gagliano
Is The Insta-Famous Always Pan Actually Worth It?
By Jessica Goodman
Get Even More From Bustle — Sign Up For The Newsletter