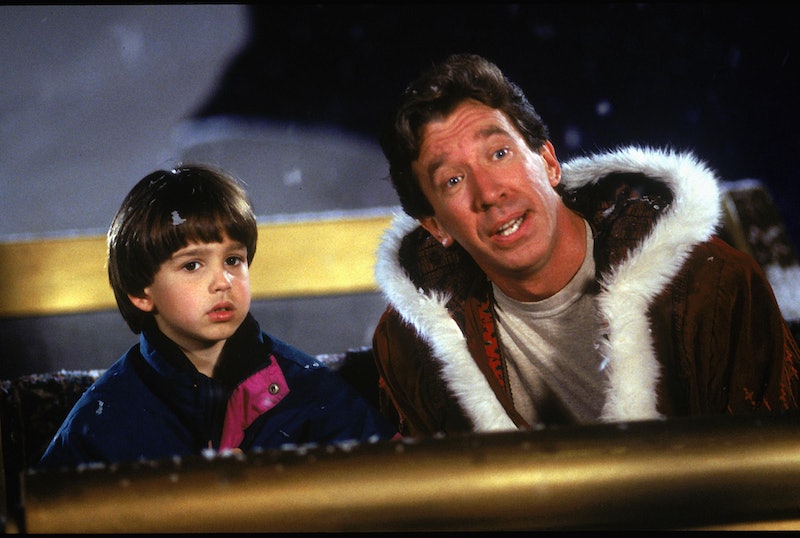 Ready to feel really old? The Santa Clause is on its 20th anniversary. I guess the Nov. 11, 1994 premiere explains all those super baggy 90s sweaters the film had going on. But still, I had no idea just how ancient the movie really was. I guess that means young Charlie Calvin is an adult and everything now. So, what did happen to Eric Lloyd, the little boy from The Santa Clause? Well, not a whole lot of acting, but you'll be glad to know he never lost his adorable baby face.

After The Santa Clause made in big in the 90s, it was eight years before the sequel came out. That time period was the one Lloyd was busiest in, making the most of his sweet looks and cute kid voice. He had 20 different roles between 1994 and 2002, doing everything from acting to voiceover work. He even had roles in hit shows like ER and Rocket Power. But then came 2002 and the sequel to his breakout movie: The Santa Clause 2.

Lloyd reprised his role as Santa's son in that movie, but gone was his fresh-faced wonder. Now a troubled 16 year old, he spent a good portion of the movie in the principal's office for various crimes like painting pro-Christmas graffiti on the gym wall. (It's what all the cool kids are into, you know.) It was a bit sad to watch the little boy who charmed us all in the first film turn bad. But really he's just angry because his dad is gone, like, 100 percent of the year. In the end the father and son resolve their differences and all is good in the Calvin clan.

After this film debuted to underwhelming reactions, Lloyd took a four year break from acting and has only starred in four films since 2002. But that doesn't mean he's been up to nothing. Here's what Eric Lloyd is doing today.

He didn't lose his baby face, but the 28 year old is definitely very attractive.

OK, first he had a cameo in the third film, but now he's done. Which is good news for every one because that series got old quickly.

HE WENT TO COLLEGE

Lloyd earned a BA in Film Production from Chapman University in California. His time spent in school played a large part in why he withdrew from acting for awhile. He felt it important to make his studies the priority, only participating in The Santa Clause 3 during his college years.

HE PICKED A CAREER BEHIND THE CAMERA

Putting is film production degree to good use, Lloyd turned his attention to behind the scenes work on indie films like Zombie Holocaust & You! where he was the technical advisor, and Chromeskull: Laid to Rest 2 where he was the assistant director.

HE STARTED A BAND

After school, Lloyd discovered that music was a true passion for him. He started his own recording label and helped his band Conflict Conveyed Through Audio make their first album in 2009. He continues to write and play music today.

It must have been that break from acting combined with higher education that kept him from descending down the path so many child stars do. Good thing too, because it would kind of spoil The Santa Clause if you knew the sweet little kid was now in a lot of trouble. But Eric Lloyd is the furthest thing from a child star gone bad. He's worked hard and created a career for himself off camera that he loves just as much. He even foresees returning to the screen in his future—let's just hope it won't be in a fourth Santa Clause movie.