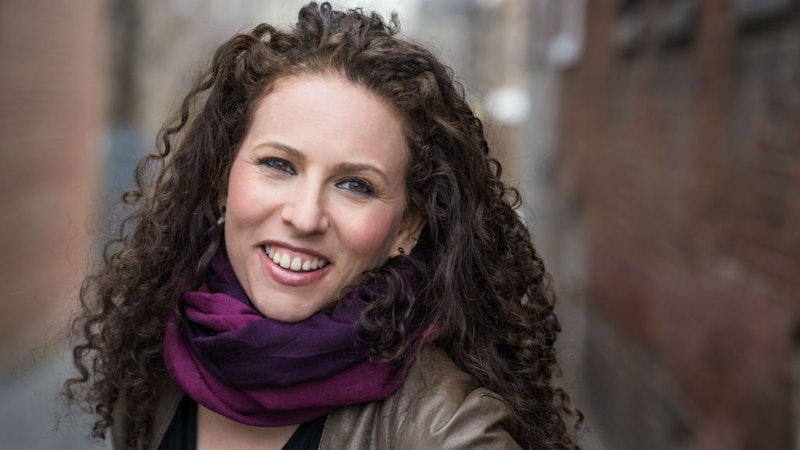 In the abyss of one of history’s greatest tragedies, does one person's story matter?

This is the question at the heart of Sarah Wildman’s Paper Love (Riverhead), a memoir of chasing a ghost — specifically, the ghost of Valy Scheftel, a woman Wildman’s grandfather left behind when he miraculously escaped Nazi-occupied Vienna. Valy's presence was an unmentioned segment of her grandfather’s life story, a narrative crafted through years to preserve the family’s legacy. His tale of a narrow escape from Austria to the United States and his subsequent American Dream success of wealth and prosperity began to crumble for Wildman when she delved into the correspondence left behind, which included a trove of communications from Valy, a woman her oldest relatives remember as the love of her grandfather’s life.

The growing obsession with the mystery woman is the memoir’s catalyst. It sends Wildman on a journey across Europe and against time, trying to trace Valy’s life while Holocaust survivors still live, the window of opportunity as slight as her grandfather’s shot at getting out of Nazi territory before he was captured. Her impeccable research structures the book as a historical narrative on the annexation of Europe and the psychological torture of the Jewish people as hope was slowly extinguished.

This story, we know, is one that millions of people shared. The death toll is unfathomably high, and the effects on families, communities and cultures reverberating around the world only adds to the despair’s breadth. Chewing through the mass and statistics, the history does not feel human.

This is why, we discover at Wildman’s side, one story can tell so very much. Valy is a well-educated, lovestruck girl in her 20s — someone all of us have known, if not been ourselves. Her letters, transcribed and contextualized by Wildman, illustrate the chilling humanity within the era’s madness. She becomes frustrated by the small slights and indignities of an unstoppable force — the inability to work where she wants, live where she desires, be with the man she loves. The photographs that have survived are jarring in their freshness, their timeless youth and potential. Valy could be across from you at the park, Instagramming her profile in the summer light.

The story constructed from Valy’s surviving letters and the fragments of information culled from stagnant resources (dying memories, the bureaucratic nightmare of the Holocaust archive system) is increasingly desperate and lonely as Hitler tightened his grip on Europe. Arbitrary rules shifted every day while the process of escaping grew more and more difficult. Valy’s letters never lose faith that she will see her love again, but we have the curse of hindsight as readers, knowing the horrors that were unimaginable to a normal girl, as much now as in 1940. Wildman keeps her hope alive as well, that Valy’s story has an ending she can discover. That she survived, left behind a family, left behind a trace. No one wants to believe they can disappear.

At the end of her search, Wildman relates the words of an archivist at Berlin’s Jewish Museum: “There is no collection that documents a person’s life from the moment of birth to moment of death. But you can cull a lot of information from one single document.” Wildman hasn’t just culled information — she’s culled a world, one that seems vastly more understandable and inhabitable when seen through the paper-traced perspective of one precious life.

Only by taking the time to wonder and mourn the extinguishing of a single brilliant, magical existence can we comprehend the millions of others. In Paper Love, Wildman does not bring us the story of a race that is doomed. She shines a light on its boundless potential.