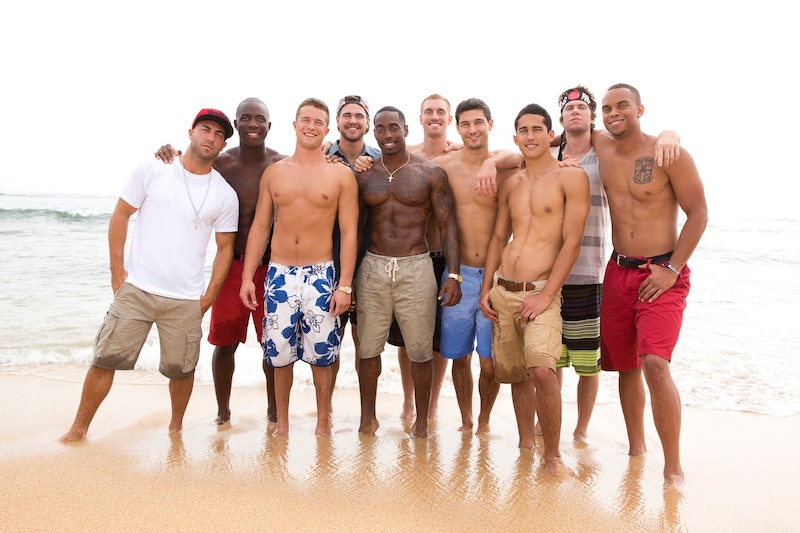 Autumn is upon us, and you know what that means: dropping temperatures, crisp leaves, family gatherings, and speculation about the cast of new seasons of The Challenge . I like a lot of ridiculous shows — I accidentally spent a good chunk of my Saturday watching two different shows about ghost hunting that I didn't even know existed. But by far, the most ridiculous show that I just can't help but be fascinated by for 25 seasons is MTV's The Challenge: it's athletic, it's dramatic, someone is usually having sex in a bathroom. What's not to love?

I always think that I am one of the biggest Challenge fans around. It's just about the only show that I watch live, I've been known to have people over for viewing parties, and sometimes my friend Myles and I accidentally spend an hour on the phone speculating about upcoming seasons. But Myles and I are basically enemies of the show in comparison to the people who take their serious investigative journalism skills to the internet message boards for suckers like me to consume: they track Twitter feeds, they have Challenge inside sources, they devote what I have to assume is about 20 percent of their waking hours to figuring out what the next season of The Challenge is going to consist of, and which former Real World, Fresh Meat, and (goodness) Road Rules cast they'll be trotting out to compete in the likes of spelling bees and scaling frozen mountains in Iceland.

And do you know what these knowledge-hunters of comment boards like Vevmo, Entertaining Reality, and Tiger Droppings have found? The pool for Challenge contestants might be getting some new blood. Welcome to The Challenge family (allegedly), Are You the One? contestants. Rumors have been flying for months that The Challenge would somehow be introducing cast members from MTV shows other than The Real World. To me, it seemed like a great idea, as long as they were coming from the right shows... there are so many Challenges, the same veterans can keep competing over and over.

First, Bunim/Murray nearly doubled the cast count of the last iteration of The Real World by bringing on the exes of the seven original strangers picked to live in a house — how very Challenge of them! And now, it seems that the production team behind the best shows on television is ready to add some other young reality folks looking to extend their time in the spotlight/make a few more G's. And as Snooki and JWOWW aren't exactly available to walk tightropes across vats of honey or whatever anytime soon, Are You the One? is the obvious solution.

Just coming off of a Free Agents season (finally!), it seems unlikely that the contestants will get the benefit of working on their own again, which means they'll probably be saddled with a partner. With Battle of the Seasons and Rivals both being fairly recent, big team challenges seem to be a thing of the past, and no there's no real need for a Fresh Meat season, because there are so many people from The Real World: Ex-Plosion to choose from, that just leaves... Battle of the Exes.

The pool of contestants available from Ex-Plosion lends itself particularly well to a Battle of the Exes season, meaning that when anyone even remotely related to the MTV universe goes off social media, or makes any vague suggestions about needing to stock up on sunscreen and alcohol tolerance, not only should the be investigated, but any of their former flings as well. From tracking social media and using unnamed informants, the wizards over at The Challenge Vevmo thread have come up with the following teams, which I would bet are about 98 percent accurate:

Finally: The (Alleged) New Kids on the Block

Using the same methods, super fans are predicting the two sets of former Are You the One exes to be:

Well...these two and their WebMD diagnoses of each other seem ready for The Challenge. They do at least both seem like they could be athletic, but the "exes" that generally do best working together are teams like Johnny Bananas and Nany who are, uh, not really exes at all.

Alright, Simone and JJ have the yelling and nerve-wracking behavior down, but I would bet all the money JJ just threw at Simone for no reason that if cast, they wouldn't make it past Week 2 of The Challenge, and might even get scolded by TJ Lavin at some point (a girl can dream).