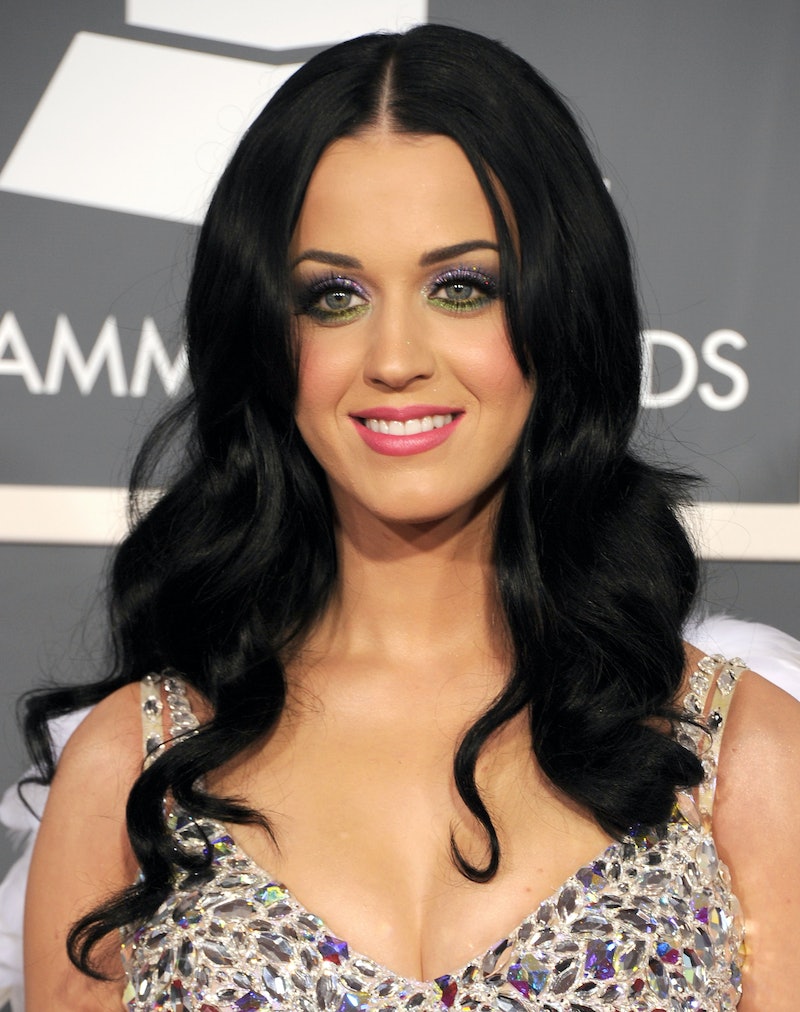 Katy Perry is known for her fun and silly antics. Whether she is shooting fireworks out of her boobs or dying her hair crazy colors, goofiness is what comes to mind when I think of the singer and her songs. Still, she is not all fun and games. Perry has a more serious side as a person and as an artist. Katy Perry opened up about the depression she suffered following her split from Russell Brand in an Australian TV interview. Her song "By the Grace of God" is an example of the extreme emotion that she felt at the time her marriage was falling apart. But Perry did not write the song solely for her own cathartic release. She wrote it for other people who may be overwhelmed by similar thoughts of darkness. Sharing her raw emotions in that manner is actually very important for the artist and her fans.

As Perry pointed out, "You always feel like you're the only one going through that." But that is not the case. Many people are too afraid of the stigma attached to depression to share their experiences let alone seek help. Perry further explained, "It was sad and there were thoughts, but there were never actions, thankfully." This goes to show that a successful, popular, gorgeous, celebrity can go through depression and pain, too. That may seem obvious to some, but if you're a fan of Perry going through a tough time, it could mean everything. Even if just one fan thinks, if it happened to Katy Perry, then I am not alone, writing the song and talking about it was definitely worth it.

Perry says that she was able to pull out of her depression because of the love and support from her devoted fans: "I wanted to share that side of my story because I know there are so many other people out there that have gone through things like that." It's great that Perry understands the reciprocal relationship between an artist and her fans. She gives her fans more than songs to sing along to, fashion choices to copy, and social media posts to follow, and the fans give her more than record sales, social media follows, and sales on her endorsed products. Even though they do not know each other, there is an emotional connection between Perry and her fans. They hold each other accountable and care about each other.

Many people may not understand this and dismiss any kind of super fan as being overly pop culture obsessed, but there's more to it. There is a long-distance support system in place that shows artists like Perry and her fans that it is OK to be who you are and to go through struggles. Life is not about trying to be perfect. It is about making the best out of every situation, especially the bad ones because they definitely do happen, and we all need support, even celebrities. There is no need to feel alienated by feelings of sadness or depression, and Perry opening up about her issues will likely lead fans to do the same. We all go through highs and lows and if Katy Perry can discuss this on a global scale, so can her fans.

More like this
What Demi Lovato Really Thinks About Child Stardom, Depression, & Sobriety
By Radhika Menon
Kanye West Apologizes To Kim K "For Any Stress I Have Caused" In Rare Interview
By Jake Viswanath
Adam Levine Denies Having An Affair — But Admits He “Crossed The Line”
By Jake Viswanath and Radhika Menon
Everything To Know About Taylor Swift’s 10th Studio Album, 'Midnights'
By Grace Wehniainen and Jake Viswanath
Get Even More From Bustle — Sign Up For The Newsletter