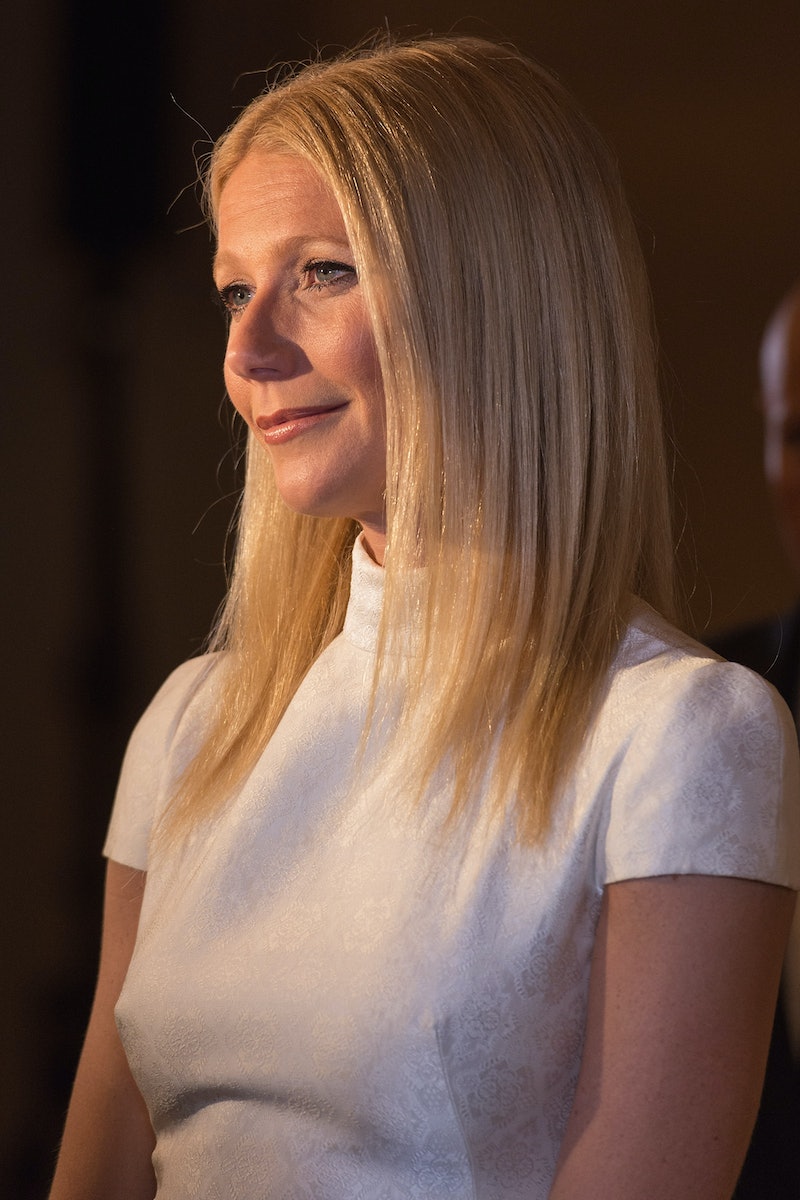 Vanity Fair Editor-in-Chief Graydon Carter's been a bigwig in the magazine industry since he took over the post in 1992. The Anna Wintour of Vanity Fair, Carter's cover decisions have launched careers, secured Oscars, and, on the flip side, ruined reputations. The latter effect — specifically the magazine's knack for reporting on every scandalous tidbit it can dig up on a star — now has some celebrities concerned, and is calling into discussion the magazine's role in the Hollywood PR circus. The person currently doing the calling? Gwyneth Paltrow, who is directing her WASPy chill — and that of her celebrity friends — toward the publication.

The aforementioned celebrity PR circus has changed quite a bit since Carter took the gig 20 years ago: Whereas Hollywood's most glamorous used to have to beg for covers on every major magazine in the country to properly attract the press they needed to launch themselves to the top, these days many in the biz are choosing to interact more directly with their fans, and this is made all the more possible by the prevalence of social media and things like podcasts. Plenty are still playing the magazine game, make no mistake. In fact, Vanity Fair pulled criticism of Jessica Chastain last winter when she was campaigning for that Oscar race because they thought it would make her lose for sure, which paints a nice little picture of how much influence the magazine's traditionally seen as having in Hollywood.

Chastain still lost that Oscar, though, and now (presumably unrelatedly) Paltrow is asking her celebrity friends to stay away from the publication. And it's all a part of a very small movement of celebrities and publicists seeking to reclaim control over their filthy rich images from the magazine's reputation of meddling journalism.

Paltrow sent an e-mail out to some of her friends this May, warning them to stay away: “Vanity Fair is threatening to put me on the cover of their magazine,” Paltrow said in the email. “If you are asked for quotes or comments, please decline. Also, I recommend you all never do this magazine again.”

So what's so bad about being in Vanity Fair? Well, it can be really great for a celebrity's career if they choose the best moment, the best outfit, the best story angle. However, if they (or rather, the magazine) doesn't, a star could find themselves subject to extensive articles detailing the drama behind their last movie or the ways in which their kooky religion allegedly intruded on their most recent failed marriage.

So how's Carter responding to this now-public barb from the celebrity-kind? Mostly with a shoulder shrug and a great big "meh."

"We wouldn’t be doing our job if there wasn’t a little bit of tension between Vanity Fair and its subjects." Carter said in a statement. "In any given week, I can expect to hear from a disgruntled subject in Hollywood, Washington, or on Wall Street. That’s the nature of the beast.”

As for whether Vanity Fair will lose any more clout — if their post-Oscar party becomes less of the celebrity Place to Be as stars turn their backs on the publication, for example — is yet to be seen. In the meantime, we can all live securely with the comfort that no matter what happens, everyone involved with this potentially brewing "feud" can go home at night and bathe in their gigantic tubs of money.