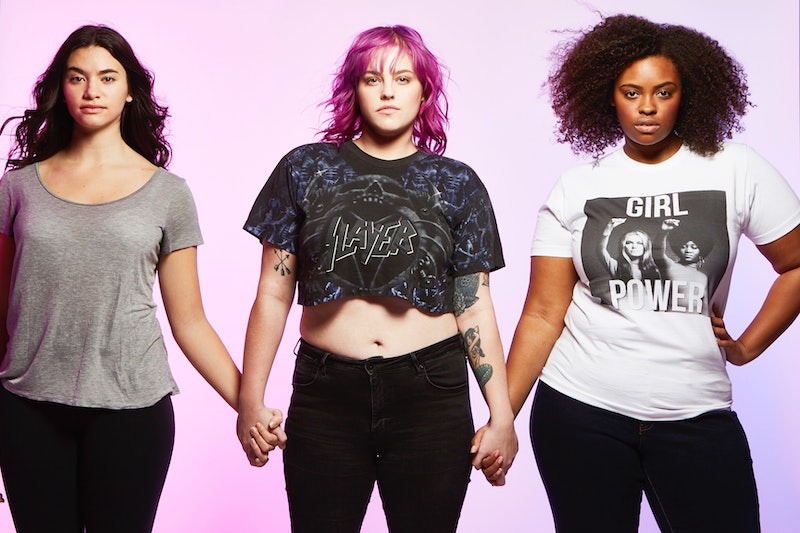 Was your high school run by Regina George and Aaron Samuels types? Well now we know why some high school have cliques while others don't. A new report by Stanford researchers indicates that a combination of larger school size and increased academic options (more electives, control of schedule) means a larger likelihood of the insidious factions we've come to know and hate.

Which is, you know, so not fetch.

An unfortunate fact is that humans as a race tend to congregate with those sharing their own gender, nationality, sexuality and ethnicity. But according to the study at hand, led by Daniel McFarland, professor of education at Stanford Graduate School of Education, the way that certain schools are run may be making them breeding grounds for the phenomenon of the isolated social group.

The idea is that students are grouping into these cliques for comfort in an otherwise messy environment; because larger schools expose students to such a diverse array of human beings, opportunities and activities, processing it all may be too daunting for young people to do on their own.

What's interesting, though, is that stereotypical high school cliques like the "nerds," "jocks," "preps" and "stoners" don't reflect any of the above groups but instead speak to the interests and outward appearances of the kids.

Much like "The Breakfast Club" and "Mean Girls," we see cliques with shared choices of clothing, sports, and recreational activities and not so much with shared ethnicity. Small favors, I guess.

Though the results of the study do seem damning for large schools, McFarland made sure to point out that while they may indeed foster segregation, "a smaller and more elite school is almost inherently more segregated in the first place."

This year, bullying has attracted more attention than ever. As the growing number of suicides and cyber-bullying attacks come to light, cliques have come under fire for lending to a culture of "you vs. us" and fostering animosity.

A study published in 2011 via the Association for Psychological Science found that when experiencing concern for her own well-being in a social situation, girls would take steps to alienate others from the group in order to maintain their own strong alliances and solidify their positions.

So while it does seem that sizable schools mean more segregation, it's also fair to point out that groups with shared interests tend to occur naturally; it's whether those groups also lend to abusive, alienating behaviors that is the more important consideration.

Because we all know a few of those.