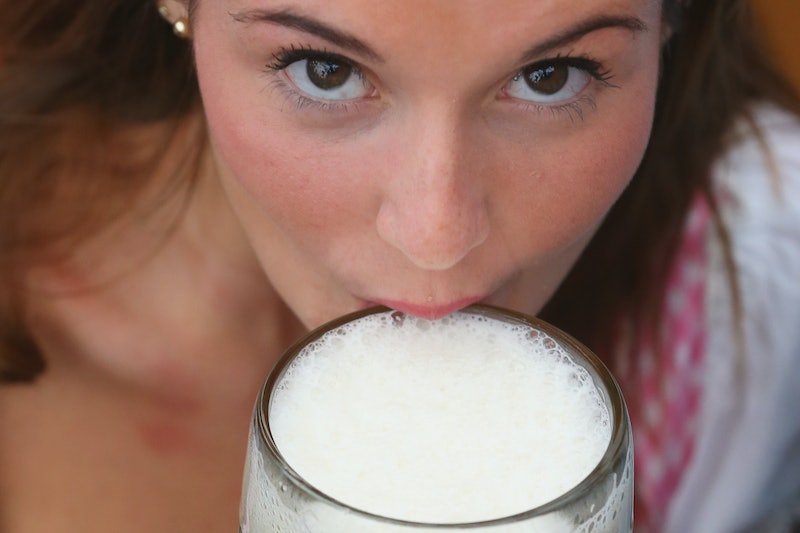 UPDATE: Media outlets are now saying that this video of a drunk girl on Hollywood Blvd. was staged. The Smoking Gun reports that "according to two sources familiar with the clip’s production, the men in the video were approached on the street to take part in a 'comedic, hidden camera' video."

Every wonder what would happen if you wanted to get day drunk by yourself in a shady area? Well, a new social experiment video about a fake drunk girl on Hollywood Boulevard has all of your answers — and they aren’t pretty.

Stephen Zhang, self-described “serial entrepreneur,” released a video that featured an actress pretending to be drunk and trying to find her way home on the infamously seedy streets of Hollywood. Seriously, I used to live in LA and I hated walking around Hollywood Boulevard even in the daytime. For those of you who haven’t been there, I would describe it as Times Square, but with fewer families to make you feel somewhat safe, and with the same amount of terrifying character impersonators.

Anyways, as our faux-drunk brunette stumbles around, various men approach her, and, unsurprisingly, many of them have less than pure intentions. When she asked the men to help her find the bus to Culver City, most suggested that she should go to their house/get in their car instead. Out of the five men who we see come up to the actress, only one seems to actually be trying to help her find the bus. Towards the end, one man shoves another off of our little drunkard, and even though my heart leapt and I fist pumped in the name of bystander intervention, it turns out that our "savior" was just trying to take her home for himself. Ew ew ew.

Should this kind of video surprise us? When it was posted on Total Frat Move, the story was entitled, “Tall, Hot Brunette Acts Drunk In Public To See How Guys Will React, Every Guy Does Exactly What You’d Expect.” Does that mean that we should expect most men would try and take sexual advantage of any vulnerable woman they find in public? Or are the key words here “tall, hot brunette”? Either way, Total Frat Move is missing the point (which isn’t really unexpected). It is shocking that the majority of men were clearly trying to take advantage of a young woman as soon as they saw the opportunity. Many didn’t even try and mask their intentions — one even went on about his waterbed.

Perhaps we aren’t seeing the whole story. I wasn’t there for filming so I don’t know if any women stepped up to try and help, if any men tried to call the cops, or where, exactly, the man in the big hat was trying to lead her. While we can hope that in any other, less shady, part of the country there would be more upstanding men around, it's scary to think of what might happen if a women finds herself in a vulnerable situation in public. This video demonstrates the real danger that women face on the street — most of the time simply for being a woman.

There is one thing we can learn for sure though — walking around drunk by yourself on Hollywood Boulevard is probably not safe. Watch the video below.