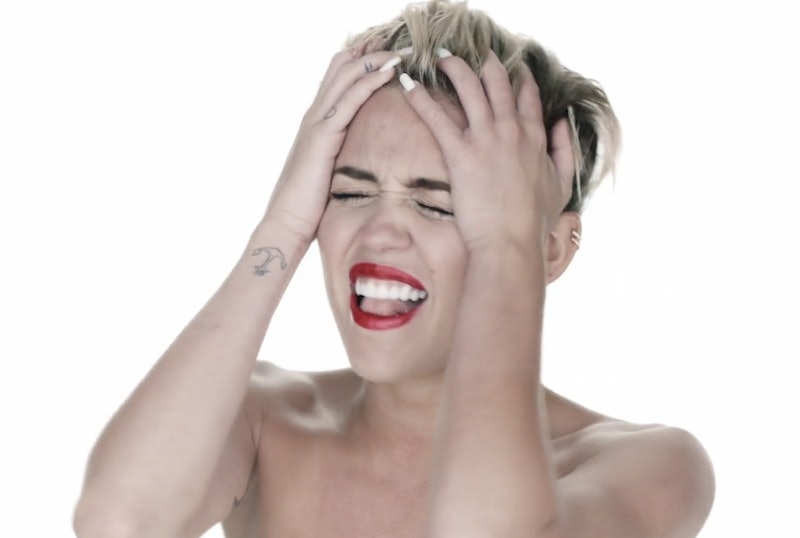 This just in: sex sells. When 20-year-old Miley Cyrus's music video "Wrecking Ball" went live yesterday, everyone scrambled to find their headphones and plug them into their computer for what was sure to be another controversial display of young adult sexuality, and what do you know, the video, shot by Terry Richardson, lived up to the expectations. Perhaps even exceeding them. Cyrus's "Wrecking Ball" got over 12.3 million pageviews in 24 hours, beating the record previously held by One Direction.

Evidently, watching the 1D crew dress up in drag and sing the "Best Song Ever" can't hold a candle to Cyrus swinging butt naked on a giant steel ball. Cyrus has reclaimed her position, er, on top — she captured the most-viewed-in-24-hours record first with "We Can't Stop", which earned 10.7 million, then lost it to "Best Song Ever", which received 10.9 million, and now, with 12.3 million, she's blown the competition away.

This whole time we've been obsessed with twerking and Cyrus's image, but maybe we should be applauding her business sense instead. If you have some vocal talent and an intolerance for the gluten, people will tune into to see you lick a sledgehammer and hold a metal chain between your crotch.