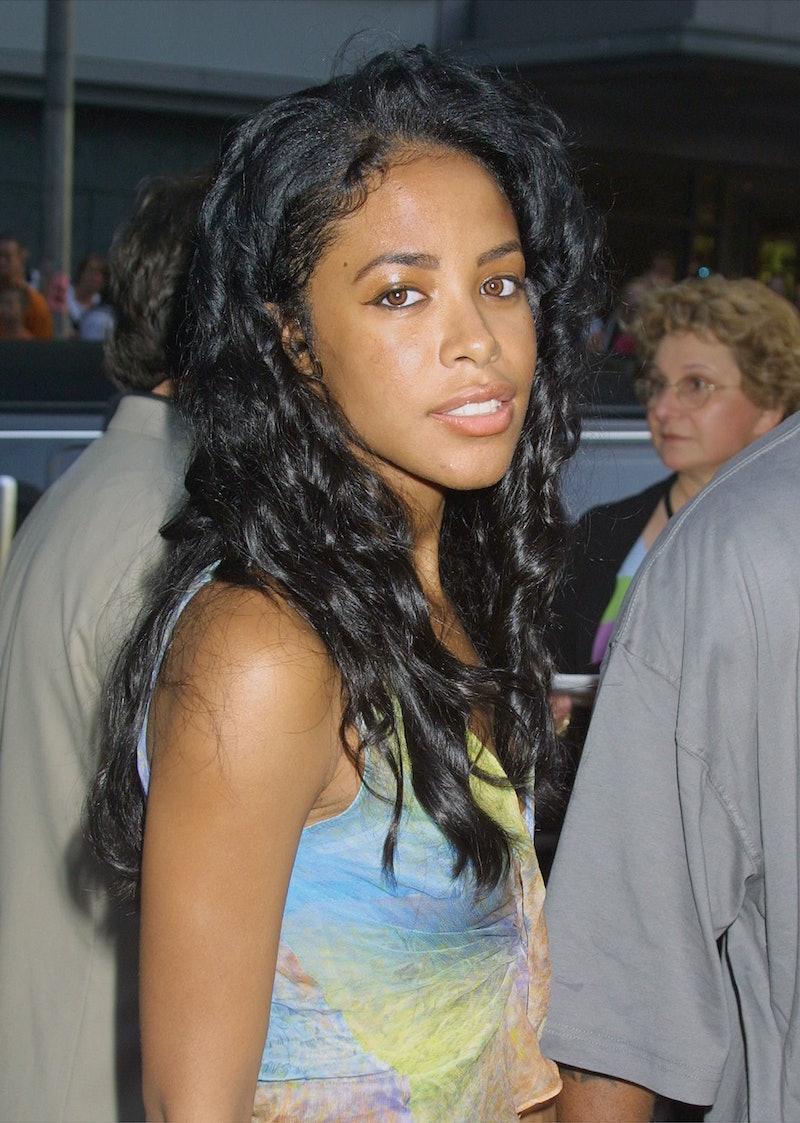 In 2001, pop singer Aaliyah Haughton was truly a star on the rise. She was rocking the charts with her self-titled Aaliyah album, a more mature sound from the former teen queen of R&B. The 22-year-old made an impressive feature film acting debut in the Jet Li action flick Romeo Must Die and she just nabbed a starring role in the horror movie Queen of the Damned. But her rise met an untimely end when the Brooklyn native died suddenly in a tragic plane crash in the Bahamas. The memory of Aaliyah lives on in Lifetime's Aaliyah: Princess of R&B TV movie, airing Saturday night, as well as through the 44 awards Aaliyah won both before and after her death.

The R&B crooner got her start incredibly young — at 11 years old, she performed with legend, and her aunt, Gladys Knight. How on earth do you top that? Perhaps with a record deal, which Aaliyah scored at age 12 with Jive Records. Her debut album Age Ain't Nothing But a Number took R&B by storm, selling more than 300 million copies and going double platinum. One in a Million, Aaliyah's second studio album, found even more success for the singer, along with plenty of accolades.

R&B Artist of the Year

This is a crown worn many times by the R&B star and awarded to her by many organizations, so it's no wonder people started calling her the Princess of R&B. The American Music Awards named her its Favorite Soul/R&B Female Artist in 2002 and 2003. The Billboard Music Awards bestowed on her the honor of Top Hip-Hop/R&B Artist of the Year, Female, in 2000 and 2003.

In 2002, the World Music Awards named Aaliyah the World's Best Selling Female R&B Artist Of The Year. Her wide appeal even reached Israel, where she took home the Icon Israeli Musical Artist Award for Best Selling International Female Artist of 2004.

Not only did Romeo Must Die kick-start Aaliyah's too-short acting career, but its soundtrack rocketed her name to the top of the charts. This catchy track became Aaliyah's first No. 1 mainstream pop hit. The tune won Best Movie Song from the MTV Movie Music Awards, Best Song at the MTV Europe Music Awards, and Female R&B/Soul Single from the Soul Train Awards.

This sensual tune became a big success for the singer after her death. Perhaps it was the connection to her passing — Aaliyah died in the plane crash on the way back from shooting the music video to this song in the Bahamas — or people just lived it, because clearly award shows did.

I can only image what else Aaliyah would've gone on to do if her life hadn't been so tragically cut short.

More like this
Taylor Swift's “Carolina” Theme For 'Where The Crawdads Sing' Soundtrack Is Here
By Jake Viswanath
'Elvis,' 'Walk The Line' & 10 Other Movies Where The Actors Actually Sing
By Radhika Menon
What Is Elvis Presley’s Net Worth? How The King Earned & Spent His Fortune
By Grace Wehniainen
The First 'My Policeman' Trailer Features Harry Styles & Moody Romance
By Grace Wehniainen
Get Even More From Bustle — Sign Up For The Newsletter