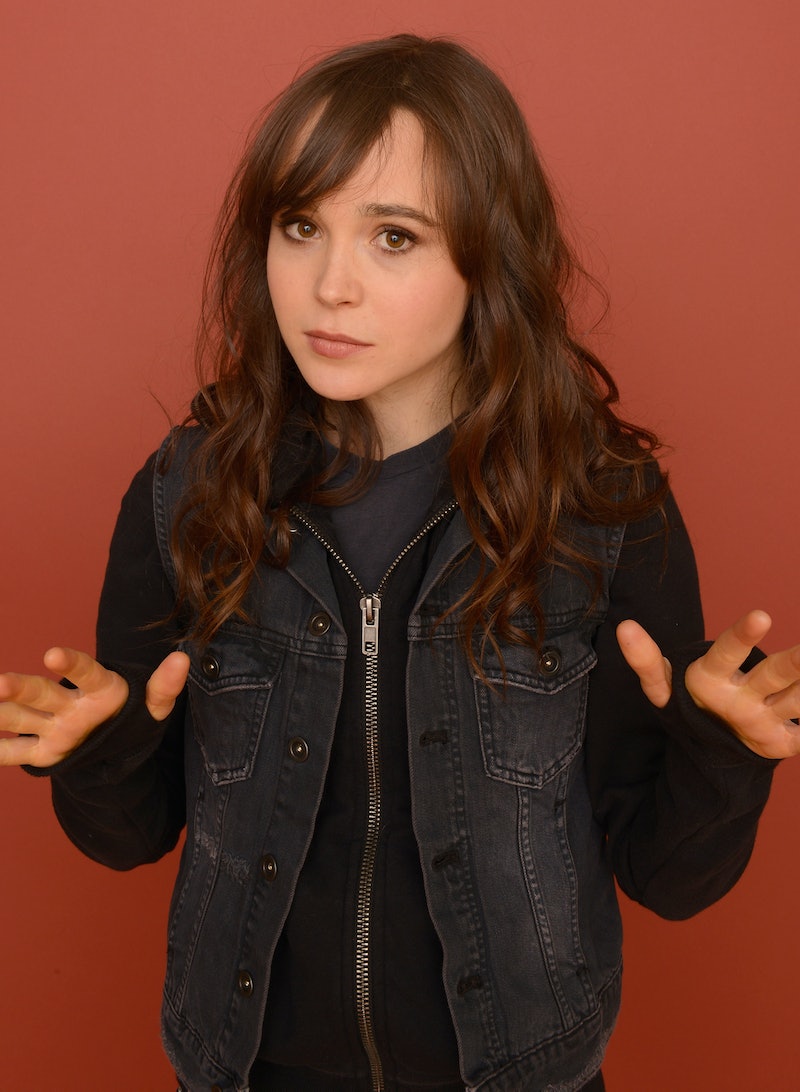 There are some things you don't know you want until suddenly you need it. Ellen Page publicly professing that she'd love to do that Kitty Pryde movie Joss Whedon once mentioned an interest in doing? Well, that's a recipe for nerdgasm right there. Even if it doesn't stand a chance of happening anytime in the next decade.

Here's some backstory: Joss Whedon — director of The Avengers, executive producer of long-dead but beloved shows Buffy the Vampire Slayer, Firefly, etc., if you've been living life with some sort of powerful nerd force field — has long been a fan of X-Men's Kitty Pryde. In fact, he even said the character was "a huge proto-Buffy. I mean, there was no other you could point to as strongly."

Whedon's apparently casually pitched the idea of a Kitty Pryde solo movie to the studio before:

I've mentioned this to Marvel several times over the last couple of years: Kitty Pryde is out there. She's a pretty fascinating character with a very visual power ("phasing" through solid objects) who, the last time I saw, was played by Oscar nominee Ellen Page. And they don't seem to think that that's awesome. I don't know why—you know, I'm just sayin'.

Whedon moved on to another small superhero vehicle called The Avengers — you probably haven't heard of it — but there's no doubt his love of X-Men is eternal.

Now, Page is suiting up once again to play Pryde in X-Men: Days of Future Past, has responded to Whedon's interest in exploring the character further:

Well, I'm available! [Laughs] I love that, Kitty Pryde's awesome. I'm super grateful to be the actress who's gotten to be her, and you only desperately hope that the true fans who have a right to demand what they want and who have been passionate about these stories for a really long time, that you can pull it off for them. I would be so thrilled to play Kitty Pryde again, I really would.

Given that Joss Whedon's basically King Of Marvel for the next few years and the rights to X-Men is owned by Fox, our dreams of a Whedon-helmed Kitty Pryde movie may be dead in the water for the foreseeable future. It's regrettable, considering Whedon actually wrote the comic series Astonishing X-Men and so has actually had experience writing the character before.

Still, when the Hollywood gods swing one door shut they open an even more Oscar-nominated window: Jason Reitman revealed back in April that 20th Century Fox once approached him about a Kitty Pryde solo movie, hoping to reunite Page with the Juno director (Reitman) and writer (Diablo Cody).

As it always is with Hollywood's possibly-eventually-maybe movie development news you're gonna win some and you're gonna lose some. If we can't have Whedon, we might as well get a Juno reunion out of it.

We just hope someone actually acts on this idea before we're all dying of old age.