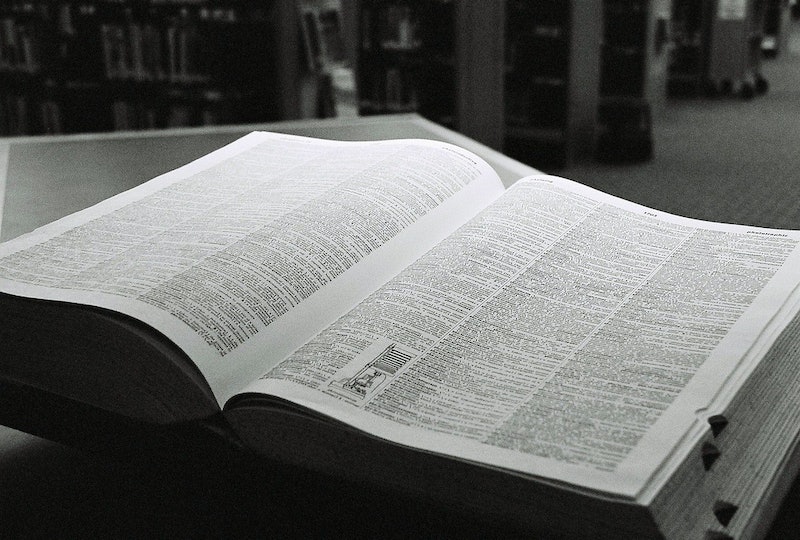 Every year for the past few years, Time has taken it upon itself to conduct a “Worst Words Poll.” As the year draws to a close, it asks its reader which hot button word, phrase, or slang term from the previous 10 to 12 months should be banned from the English language. In previous years, “OMG,” “YOLO,” and “twerk” were all, as Time puts it, “voted off the island”; but while I can kind of understand the desire to abandon these words, I remain more than a little confused about the large majority of this year’s nominees.

OK, yes, I’ll admit that “bae” has kind of started to outstay its welcome. But why are we making a move to ban “kale?” Does that mean no one is allowed to eat kale anymore? I mean, yes, like all “superfoods,” kale isn’t ultimately all that it’s cracked up to be — but why are we discouraging people from eating healthy leafy greens? That seems like an incredibly silly thing to do.

But the one that truly baffles me is this one: “Feminist.” According to Time, it needs to be consigned to the scrapheap of language because it’s cropped up so frequently over the past year. “You have nothing against feminism itself,” the explanation reads, “but when did it become a thing that every celebrity had to state their position on whether this word applies to them, like some politician declaring a party? Let’s stick to the issue and quit throwing this label around like a ticker tape at a Susan B. Anthony parade.” What I think this “definition” is trying to say is, “It’s not the word that matters, it’s the issues that it represents” — which, to an extent, is true — but unfortunately, the way it’s worded turns the term into something dripping with negativity. And why the Susan B. Anthony dig? Surely one of the people who was so instrumental in getting women the right to vote deserves better than that.

“Feminist” is not a dirty word. The fact that we’re talking about it so much isn’t a bad thing. Intersectional feminism helps everyone. Rather than putting a lampshade over “feminist’s” head and pretending it doesn’t exist, we need to make sure everyone knows what it actually means.

So here. I came up with an alternate list for you. These are the words and phrases I’d much rather see banned than “feminist.” And while we’re on the subject, let’s begin with a phrase Time itself just used, and seemingly ironically at that?

No one has cared about Survivor since the early 2000s. It’s time to move on.

I will never understand slang words that make their speaker sound like a two-year-old.

OK, yes, I am as guilty of calling everything “amazing” as the next person… but this phrase makes no sense.

Why? Why do all so-called “scandals” have to take the form of “#somethinggate?” Do the people using all these –gate terms even know from whence it came?

The same goes for “Grammar Nazi” and any other term you might feel compelled to add “Nazi” to. It’s not helping anyone.

Or perhaps more accurately, unnecessary acronyms when you’re actually speaking out loud. Don’t say “LOL” to someone when you’re standing right next to them. A) It’s a lie if you’re not actually laughing out loud, and B) why would you not just go ahead and laugh if what they said was so damn funny?

OK, Time. You were right about that one.

What? “Bro” doesn't have enough letters for you?

10. Any Term Which Is Not by Definition Insulting, But Which Is Lobbed at Someone as an Insult Anyway

You know the words I'm talking about: “Gay,” “skinny,” “fat,” “feminist,” and so, so many more. It’s not that we need to stop using them; on the contrary, we do need to use them — but we need to use them correctly. None of these words are bad or negative words, so for the love all that is holy, stop treating them like they are.

More like this
How To Fight For Reproductive Rights, Based On How Much Time You Have
By Courtney Young
34 Quotes That'll Inspire You On Juneteenth & Beyond
By Syeda Khaula Saad and Siena Gagliano
What Is A “Softboy?” The TikTok Term & Aesthetic, Explained
By Courtney Young
Why Are TikTokers Slapping Each Other With Tortillas?
By Courtney Young
Get Even More From Bustle — Sign Up For The Newsletter