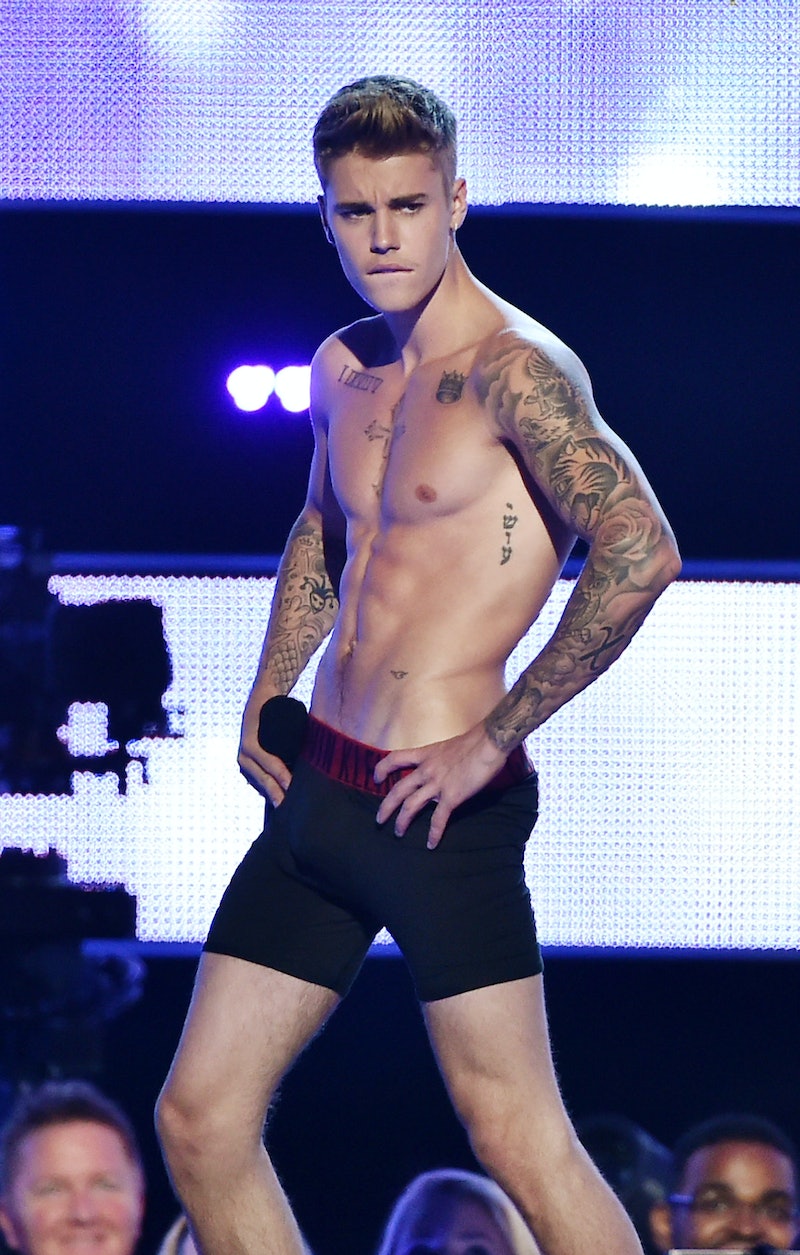 I had a pretty big revelation today, guys. Like, a transformational epiphany that may very well alter your perception of reality. Present-day Justin Bieber sounds like Spencer Pratt, and... WAIT FOR IT... these two impish public figures potentially have twin vocal cords. Hear that? That’s the sound of all your brain cells EXPLODING, because I just BLEW your mind!!

I know, one of these people is from LA and one is from Canada. Geography says that they shouldn’t have the same accent, but somehow they do. Think about it. Over years of being in the public eye, Justin Bieber’s speech has morphed into the valley boy whine that we’ve heard Spencer Pratt speak in for years on The Hills. It’s about 10 percent affected surfer, 20 percent vocal fry, 30 percent phantom gum perpetually in mouth, and 40 percent wealth-based entitlement. Put it all together, you have the patented Pratt-Bieber accent for kids who are too cool to apply themselves. Order your instructional DVD now for only eight easy payments of $39.95. CALL TODAY! Or you know, DON’T. Whatever, I don’t care. GET OUT OF MY HOUSE STEPHANIE! We’re no longer brother and sister!!

In hopes of teasing out what this realization means for mankind, let’s consult the archival footage and trace the gradual yet grave transformation of Justin Bieber’s voice box into Spencer Pratt’s voice box.

First of all, listen to Justin Bieber in this Instagram video

The way his voice goes up is totally Spencer-esque. If you asked Kendall Jenner, she'd probably agree.

Now, listen to Spencer Pratt getting angry at Stephanie in this classic Hills clip

Ya see what I mean?!

At age 15 in 2009, he just sounded like any normal kid who was flummoxed by his meteoric rise to fame. Oh, and maybe didn't raise his hand very much in class.

But as the years wore on, he began to sound more Pratt-ified

Case in point: this 2010 interview where Bieber can't understand the New Zealand journalist's pronunciation of the word "German." A classic moment.

Then, he just started getting straight-up fresh with people

Like in this 2011 interview, when he made fun of an interviewer to his face. Totally something Spencer would do.

At this point, he really developed a Pratt-like twang.

Now today, he's got a full on Pratt-cent

As the Spencer to Selena Gomez's Heidi, the transformation is complete.

Now that I've proved this theorem, I'll be waiting for my Nobel Prize to arrive in the mail.