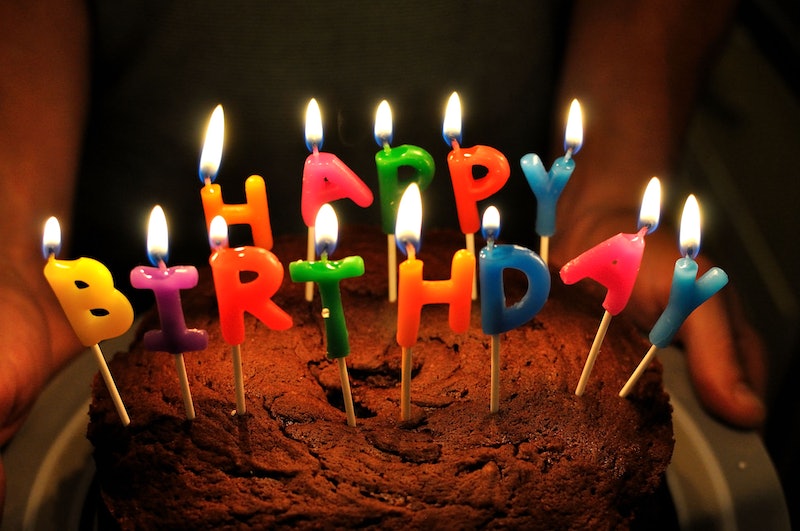 If you have a birthday coming up, you might want to send this article along to your significant other, because they have a lot to measure up against. In an act that should be memorialized in the Hall of Great Boyfriend Fame, Mario Garza got hundreds of strangers to wish his girlfriend happy birthday after a recent move to Portland, Oregon. I just felt my shriveled, blackened heart grow three sizes. Their move was so recent, in fact, that this was the first birthday girlfriend Sarah spent in their new home. I'm anxious about people not showing up to my birthday after living in the same area for three years, so I can imagine it isn't fun to celebrate when all your friends and family live miles and miles away. Luckily, that's where having the best boyfriend ever comes in. According to Mashable, Garza took to Portland's Pioneer Square to record strangers' birthday wishes to Sarah, which is cute enough in itself. But he didn't stop there — he also set up a tumblr account where people have posted more than 30 videos so far saying happy birthday, and you could send a message through Garza's Twitter and his Instagram. Sarah's birthday was on November 6th, but the well-wishes are still trickling in almost a week later. It looks like she's pretty grateful for the most adorable birthday present of the year:

Watch the video below if you're prepared for the overwhelming cuteness. To give you an idea, it closes with "Portland loves you... but no more than I do."

Oh god, it's too much. Time to watch Netflix until I'm my cranky, cynical self again.