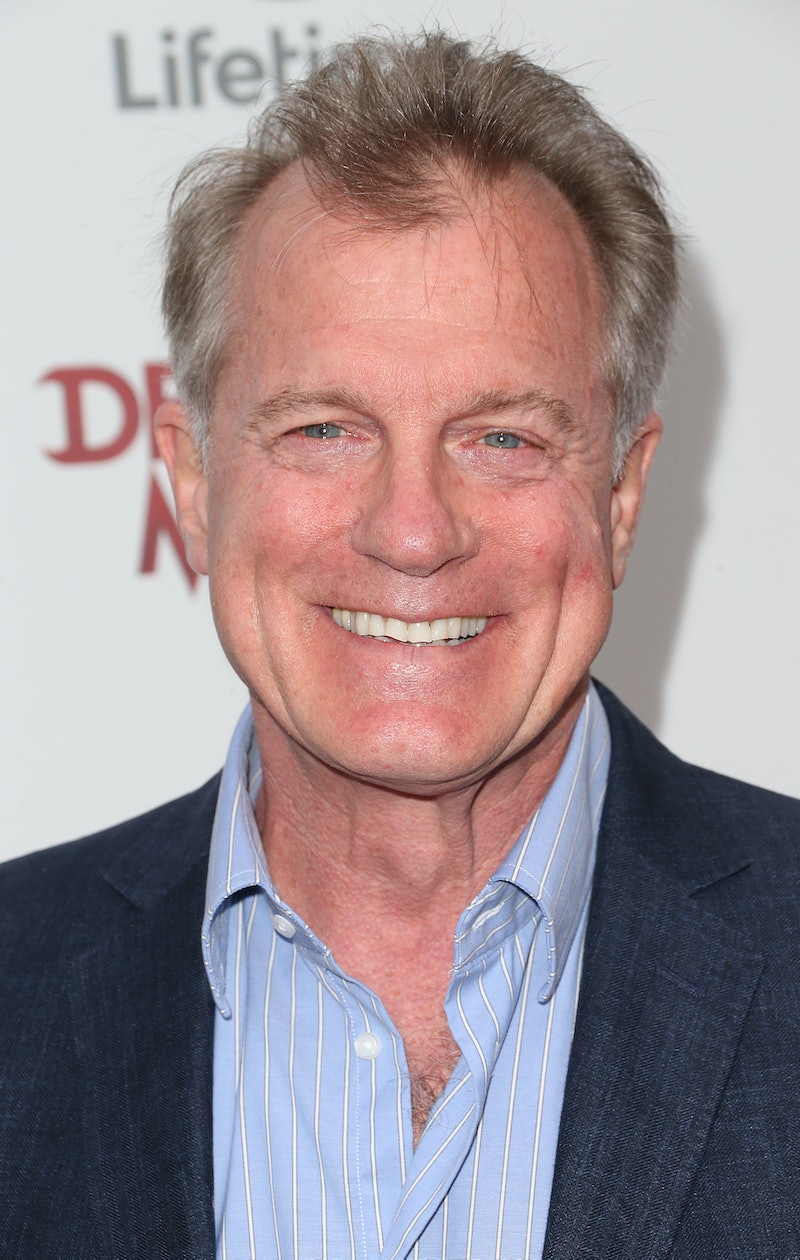 It's been about a month since a horrifying audio clip allegedly featuring 7th Heaven star Stephen Collins admitting to molesting three young girls was posted by TMZ, and, sadly, it doesn't seem like there's been any new developments in building a case against the actor — even despite evidence that there might be other victims. According to previous reports, the statute of limitations on the alleged crimes have run out in both New York and California (where the crimes allegedly took place) so there would be no way to try Collins for the crimes he allegedly confessed to in TMZ's audio — meaning the case is benched unless new evidence is uncovered. It's a troubling development in an already awful case, and, unfortunately, one that doesn't seem to be any closer to being resolved: In fact, according to Us Weekly, Stephen Collins' divorce proceedings with estranged wife Faye Grant are set to begin this week, and, if reports are any indication, Collins is attempting to claim that the leaked alleged audio has "hurt his career," because he now has no source of income from acting work.

Seriously, this has to be the most messed-up defense I've ever heard.

According to the New York Post , Collins and Grant's divorce proceedings will primarily be dealing with the splitting of their assets, and Collins' lawyers have reportedly asked a judge to waive Collins' spousal support payments to Grant because of the alleged audio — the leak of which Collins, apparently, is trying to blame on Grant. Grant, on the other hand, is seeking $13,000 a month in spousal support, and, though she admits to taping the audio herself during a therapy session to help build a case against her estranged husband, denies leaking it.

Proceedings are set to begin on Wednesday in Los Angeles.

More like this
Justin Timberlake’s ‘Candy’ Character Really Investigated Betty Gore’s Killing
By Brad Witter
IRL ‘Staircase’ Characters Todd & Clay Peterson Still Think Their Dad Is Innocent
By Gretchen Smail and Rebecca Patton
Don Crowder Successfully Defended Candy Montgomery, But His Story Ended In Tragedy
By Gretchen Smail
All The Theories About Kathleen Peterson’s Death
By Morgan Leigh Davies
Get Even More From Bustle — Sign Up For The Newsletter