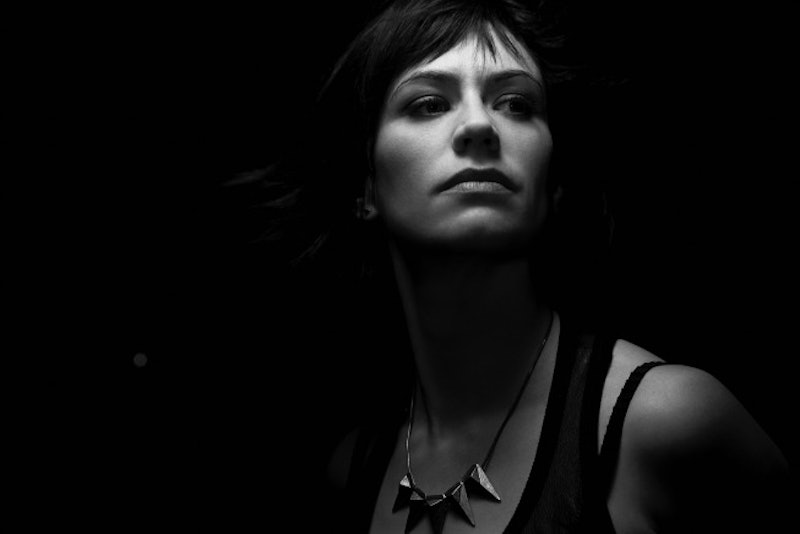 Previously on Sons of Anarchy: Gemma (Katey Sagal) kept Tara (Maggie Siff) from taking her and Jax's (Charlie Hunnam) boys to Oregon, where she planned to live a normal life sans SAMCRO. Unfortunately, Tara's night ended with handcuffs in the back of a police car instead with her sons on the first road out of Charming. And now that Season 6 is mere hours away, Tara fans are wondering what her next move could possibly be. Trailers suggest that her release, and her way home to her children, will hinge on her willingness to give up her husband, and ultimately, the motorcycle club. Tara's always been one to look at the bigger picture, but where might that lead her in this heartbreaking situation?

On one hand, Tara is clearly prone to making risky decisions when it comes to Jax. She signed up for a life of danger and crime when she fell head-first into their relationship. Since then, she's gotten wiser and more cunning, going to head-to-head with Gemma and even, in the Season 5 finale, Jax. She's said she knows that being strong doesn't mean supporting SAMCRO, it means making the decisions that Jax can't. She's been manipulated time and again, but her character continues to grow and attempt to assert her independence and strength. Now, however, she's put in an impossible situation.

When she called Gemma's bluff, allowing the fallen matriarch secure her arrest with false claims that Tara helped Otto kill a prison nurse, she knew that even if Gemma followed through, the act would be the nail in the fairly buried coffin of Gemma's relationship with Jax. Something beneficial could come out of the worst case scenario. She didn't, however, count on the fact that her way out of prison could be another blow to her already tense marriage.

So, what does Tara do? That's the million dollar question. During a San Diego Comic-Con interview this summer, Siff hinted at Tara's plan, saying, "She doesn't stay [in prison] for a very long time ... I think she decides that it's really not about her anymore, and it's about her children." What we can take away from that is that Tara will clearly do something to get out and get back to her kids, the question is what that action is.

Gemma's tip to the cops would have to be disproved to really absolve Tara of guilt, but then again, wouldn't they need to find more proof of Tara's supposed crime to hold her for a significant period? Gemma's accusation that Tara asked her for the crucifix so she could aid Otto is a matter of Tara's word against Gemma's, so perhaps some evidence could come to light to keep Mrs. Teller from having to throw Jax under the bus.

Still, it doesn't seem entirely out of the realm of possibility that Tara would at least consider turning Jax in. With the knowledge of him shooting heroin into his ex, Wendy, in order to avoid a custody battle over Abel, Tara saw shades of Clay in the man she loves; and she's been trying with all her might to avoid letting her family become a reflection of Clay and Gemma. Her priorities have always been to keep her sons out of the SAMCRO path of destruction. Now that she's been fully broken by Gemma's latest turn of the screw, isn't it possible that she'll let go of her love for Jax and do what's best for the boys? Could she give up her husband and continue her plan to whisk her boys away?

Of course, there's a problem with that solution too: There's no way Gemma would react peacefully if Tara was the reason one of her boys was put behind bars. Judging by the way Tara reacted to Gemma's last threat, that might not be an issue for Tara any more (after all, she's fine with signing the boys over to ex-addict Wendy), but that wouldn't stop Gemma from barreling ahead.

As with any season of Sons of Anarchy — and especially for this penultimate one — we have no idea what these characters will do. One thing's for sure for Tara, though: No matter what she does, the perfect little life she dared to dream of at the end of last season does not, can not, and will not ever exist.

Sons of Anarchy premieres Tuesday night at 10 PM on FX.