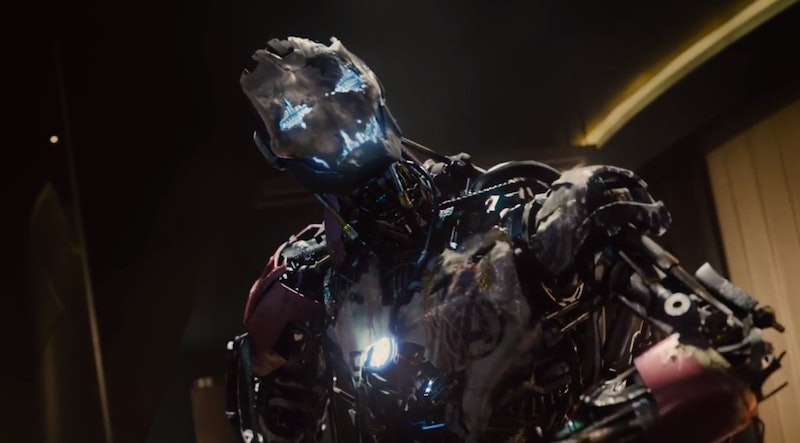 It seems fair to say that Ultron is fed up with humanity as the titular character in Avengers: Age Of Ultron . In the extended trailer for the movie Ultron seems... well, more than ready for it to be his age already. It's really a bummer he plans to get there by exterminating the human race.

"I'll show you something beautiful," he says in his James Spader voice. "The whole world screaming for mercy." You're really harshing that Avengers hang sesh there, Ultron.

This new trailer isn't super extended (get it? Super? They're superheroes) — it's pretty similar overall to that first big trailer we got. But it dos show us a bit more of Ultron's speech, and who doesn't want to revisit all of the Avengers being super stressed out and sad over Tony accidentally inventing a robot who wants to destroy all of the humanity they swore to protect!

A lot is riding on Age Of Ultron outside of the portrayal of Ultron: It's gotta introduce a bunch of the plot strings and characters that will carry the Marvel Cinematic Universe through to the end of Phase Three. Ultron says "there are no strings on me" super ominously in this trailer, but there are certainly strings everywhere else. Every time I re-hear that creepy trailer song they use in these I get even more psyched to watch Joss Whedon take his shot at it all.