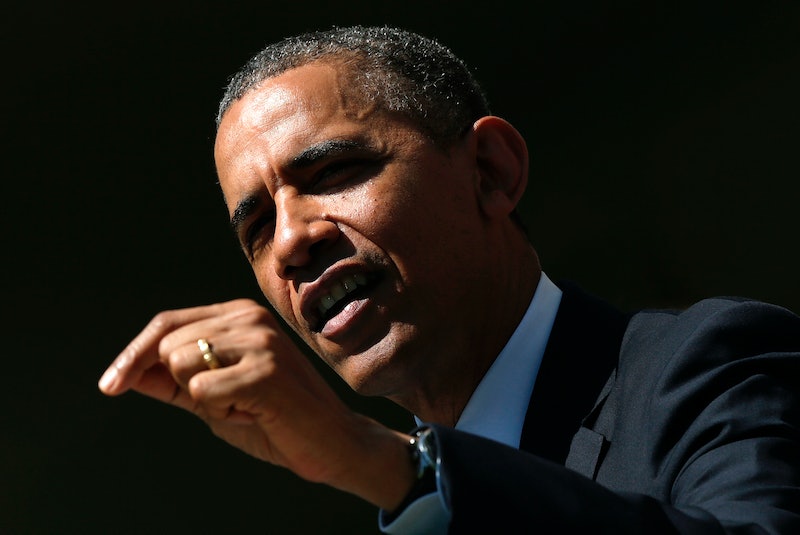 Today in depressing military sexual assault news (because, like, there's a today, and a yesterday, and there will probably be a tomorrow): If found guilty of sexual assault, neither defendant in U.S. vs. Johnson and U.S. vs. Fuentes can be punitively discharged from the military because of comments President Obama made about sexual assault as commander in chief.

So, what did Obama say? During a May 7 news conference, Obama said he had "no tolerance" for sexual assault in the military, according to an NBC News story defense attorneys in the cases submitted as evidence. "I expect consequences,” he added. “So I don’t just want more speeches or awareness programs or training, but ultimately folks look the other way. If we find out somebody’s engaging in this, they’ve got to be held accountable—prosecuted, stripped of their positions, court martialed, fired, dishonorably discharged. Period.”

How ironic for Obama's push for increased justice to result in protection for the sexual assault defendants.