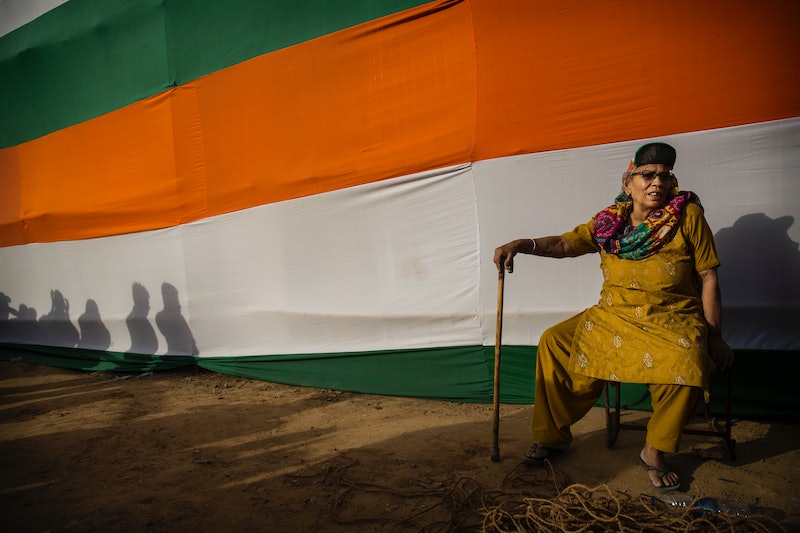 In what was supposed to be a simple procedure that, in the grand scheme of things, would not only help the country but also earn participants a little money, a mass sterilization camp in India killed over 12 women on Saturday. Although the cause of deaths weren't made clear, Reuters reported that officials said victims showed signs of toxic shock, either from unclean tools or contaminated medicine.

The doctor who performed the tubectomy procedures, R.K. Gupta, was using rusty equipment and working a dirty operating room. Gupta and two assistants carried out the surgeries in an abandoned private hospital. The trio operated on 83 women that day, spending a horrifying average of two minutes on each procedure, which not only means that Gupta was disgustingly sloppy in an operation that required the blocking or severing of fallopian tubes, but also that he was violating guidelines that limited such operations to 30 per day.

Located in Chhattisgarh, one of India's poorest states, the sterilization camp is a part of the Indian government's long standing effort at population control. India is one of the world's economically poorest, yet most populous countries, and women in poverty-stricken areas — such as the victims in this case — are often unaware of other methods of birth control. Those who participate in sterilization are paid 1,4000 rupees (about $23) — a considerable amount for those in India's rural parts. Health workers are also paid, albeit a smaller sum, for bringing women to the camps.

The local government has filed a police complaint against Gupta for causing death by negligence, according to Reuters. The doctor was on the run when news of the deaths surfaced on Saturday, but on Wednesday was arrested in a different district in Chhattisgarh, said the Times Of India. A team of seven New Delhi doctors arrived in the district on Wednesday to begin investigation on the case.

Similarly, on Monday, a woman died and 15 others were hospitalized in another sterilization camp in the state. Protests around the country have erupted in the wake of the deaths, as activists demanded that doctors follow standard procedures and guidelines.

According to the government, there were over 40 million sterilizations performed from 2013-2014 — a staggering figure, even taking into account the country's population of over one billion. ABC News also reported that the Indian government, between 2009 and 2012, paid compensation for 568 deaths resulting from sterilization.

So called "family planning camps" where women are paid to be sterilized are not only dangerous — as the deaths have proven — but also limit women's contraceptive choices, said Kerry McBroom, a representative from the Human Rights Law Network in New Delhi to ABC News:

The payment is a form of coercion, especially when you are dealing with marginalized communities.

Prime Minister Narendra Modi, whose party has a stronghold in the state, has vowed to reform the country's healthcare system — but these deaths prove that there's a lot left to be done.