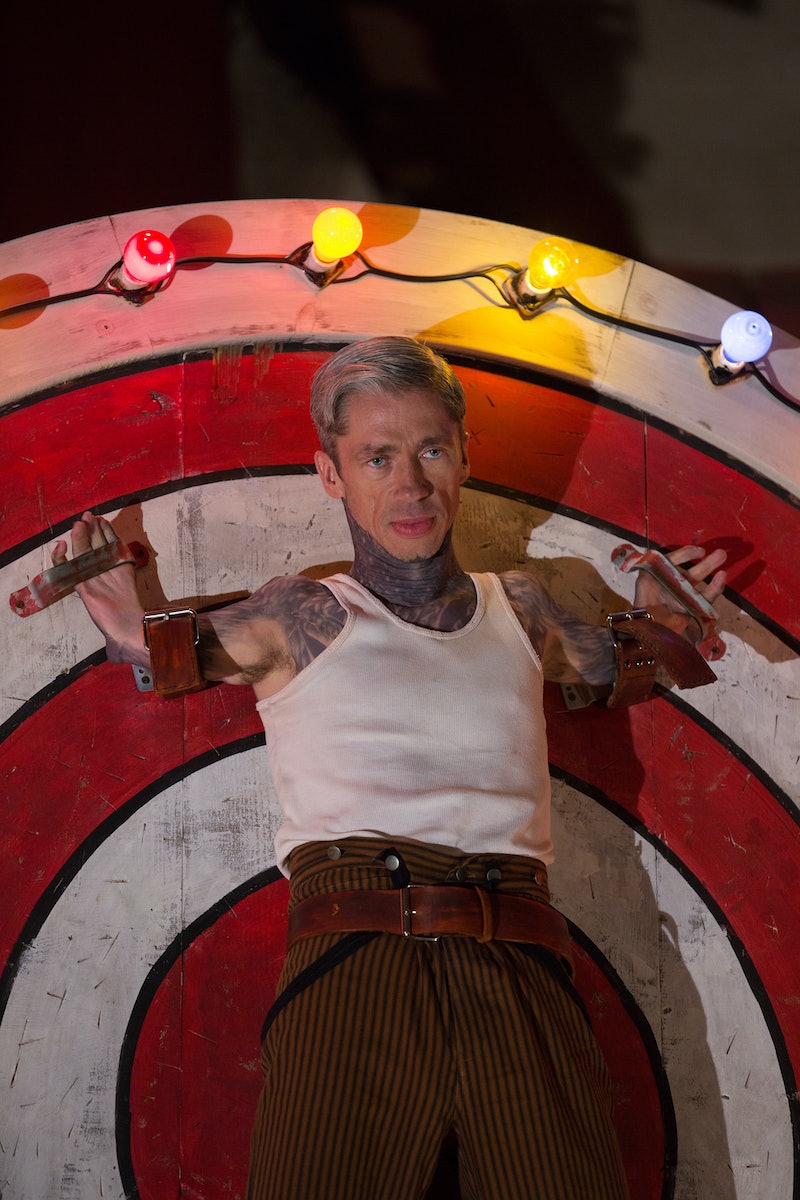 Proving that you really can't predict anything on this show, Wednesday night's American Horror Story: Freak Show episode "Bullseye" introduced a love triangle between Paul the Illustrated Seal, Elsa Mars, and Penny the Candy Striper. That's right, folks, Paul has got some serious game. Like to the point where he buys his boss lingerie for her birthday, so she can wear it for him later. Dude's a playa and it's pretty much the best thing ever. As of now, it's unknown exactly how long his little dalliance with Elsa has been going on (does this mean he knows about her legs?), but it became clear right away that his heart actually belongs to Penny. Evidently the two of them became quite close to one another during Penny's rather controversial visit to the sideshow. But that's American Horror Story for ya: finding love in the strangest of places.

In light of these newfound feelings, Paul wants to sever ties with Elsa. The funny thing about that is, she's under the impression that he's starting to fall in love with her because of course she thinks that. (Classic Elsa!) If you ask me, though, I think it was more like the other way around, especially considering just how upset she gets after smelling another woman's perfume on him later on.

Paul's got her number, though. He knows just how deviously ruthless this Fraulein can be, especially when it comes to her dreams of stardom. And after a little run in with Dandy at a lady store (who just so happened to be buying two of everything… subtle!), he predicts that there's more to Elsa's story than meets the eye.

Unfortunately for Paul, Elsa's not exactly great at handling accusations… or rejections. Which, of course, leads to the whole "accidental" knife-stabbing incident. (Anyone else catch that smile that spread across Elsa's face when she hit her "bullseye"?) And while Paul's fate is still left up in the air (though the promo indicates that he's still with us for now), I think it's safe to say that either way, this surprising love triangle is officially dunzo.