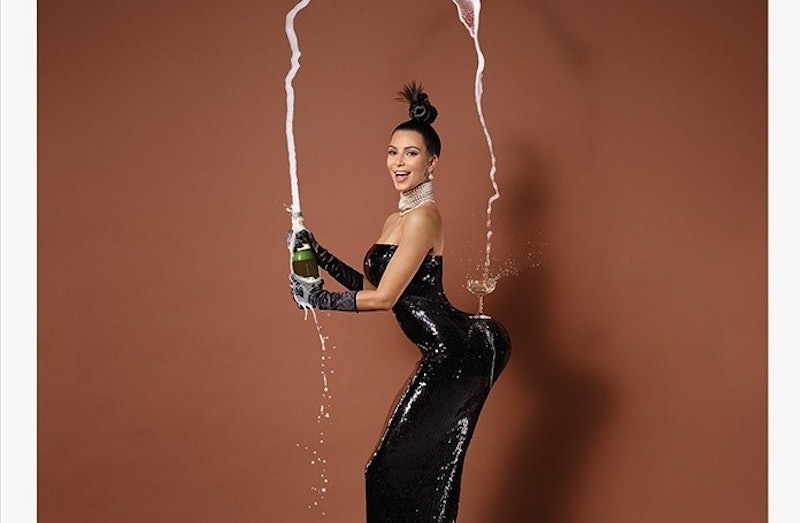 Sorry to be that person, but I really don't trust the Internet to be sensitive about things. Sure, some things invite mockery — I mean, Kim Kardashian clearly intended to launch a flurry of opinions on either side of the divide with her NSFW Paper magazine cover — but there's a difference between poking fun at something and devolving into disgusting slut shaming and body policing. That difference isn't something that every person on the Internet is very good at judging, so when I noticed on Thursday morning that there was a Twitter trending topic called #FixTheInternet, I braced myself for hilarity, but also for having to roll my eyes and skip over shameless instances of people telling Kardashian what she can and cannot do with her body. And that's not what I got, not at all.

#FixTheInternet appears to be another trend inspired by that increasingly hilarious Comedy Central show @midnight, since the show's title is attached to many of the tweets within. The general gist appears to be that since Kardashian and Paper magazine attempted to #BreakTheInternet with her booty-friendly cover, it is now up to the fair denizens of the kingdom of Online to come up with ways to fix the Internet. Naturally, some went with the simple solution of Photoshopping Kardashian's cover so that she is either fully-dressed or funnier or not on the cover at all.

However, most of the tweets under the #FixTheInternet hashtag offer verbal and genuine (though still hilarious) ways to fix the Internet that have almost nothing to do with Kardashian at all. Apparently, to a great many people, the Internet has problems that have absolutely nothing to do with Kardashian's backside and that haven't been affected or worsened by Kardashian's backside. To them, the sky is blue, the Internet is broken, and, sorry, did Kardashian do something today? Isn't she always doing stuff? How is that news?

That isn't to say that there were no #FixTheInternet suggestions that had to do with the Kardashian clan. After all, the hashtag was inspired by the Paper magazine cover and pretty much everyone knows that at this point. However, the tweets were a lot more general and constructive than simply complaining about how often Kardashian can be seen in various states of undress — as was the initial response to the release of the cover on Wednesday. There's a right way to criticize something or mock something via humor and the #FixTheInternet hashtag shows that in a much more healthy, positive, and genuinely hilarious way than the #BreakTheInternet hashtag did.

This is one instance in which we should really commend the Internet for finding a positive outlet for their natural inclination to poke fun at people and current celebrity news events. Check out some of the best #FixTheInternet tweets below.