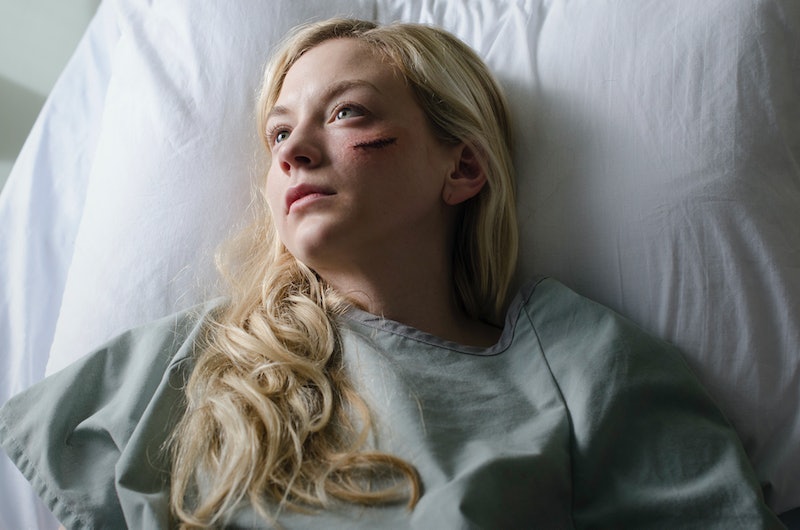 I'm pretty sure everyone's heart skipped a beat during the previews for the upcoming episode of The Walking Dead, “Consumed.” If you haven't seen it yet, Carol and Daryl are carrying a body wrapped in sheets toward a burning fire, which means someone is dead. To be perfectly honest, I hope it's Beth. Although no one on the show has confirmed that there is a major death in the next episode, the preview clearly makes it look like Daryl and Carol are upset while carrying that body toward the flames and the only person that they could look that upset about is Beth.

Since Beth isn't really a thing in the comics and the hospital is a plot line developed directly for the show, it's hard to guess what is going to happen next for her storyline. However, there are pros and cons to Beth's death on the show. I know she is technically a fan favorite and you're probably pissed at me for hoping this next episode is her last, but hear me out.

My one con for Beth dying is that we finally started seeing her in a different light. For once in her young life, she proved to be somewhat useful in the apocalypse. Just last week, she helped Noah escape, and flashed us this creepy smile.

However, the pros far outweigh the single con here. Let's examine them thoroughly.

Honestly, besides last week’s rare moment, Beth has been useless. She contributes nothing to society besides being a scared 16 year old girl. That crazy little girl last season that murdered her sister had more balls than Beth Greene.

It would sink the Daryl/Beth 'ship

I've said this before and I'll say it again. If Daryl and Beth hook up, I am quitting The Walking Dead. At least if she's dead it will eliminate that plot line forever.

If Beth dies, it means that Carol will be around for a lot longer. You know they have to kill off main characters sometimes, but they wouldn't take out Beth and Carol at the same time. Thus, Beth's death will ensure Carol's survival. And I am team Carol. She's the best.

Noah would become a regular

It's time for new cast members that aren't cannibals and that will remain on the show for awhile. Noah seems like an excellent candidate to join Rick and the rest of the group on their journey to the Alexandria safe house. He could totally replace Beth and become a fan favorite.

There will be no more singing

Sorry Beth, ain't nobody got time for musicals during a zombie apocalypse. Her death would mean no more singing, which benefits everyone.