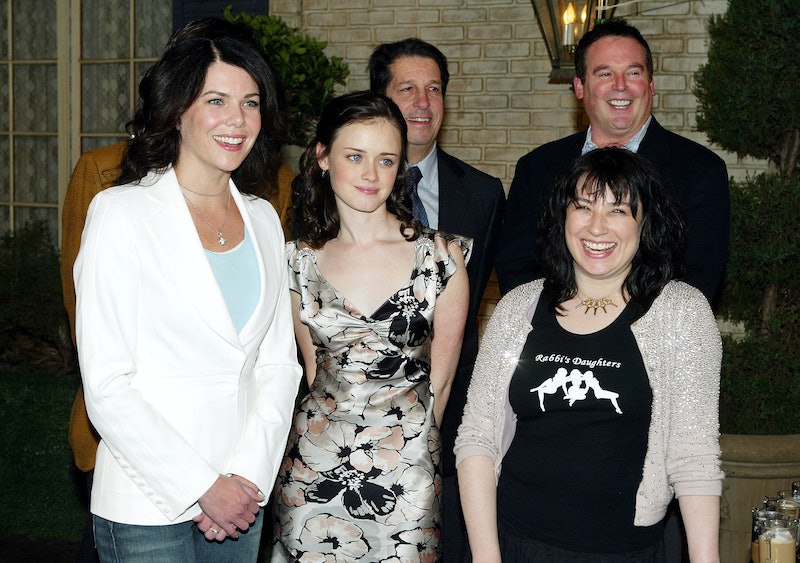 Though we sadly don't seem to live in an age where primetime specials touting reunions of beloved shows are commonplace, the world (or at least festival programmers) still finds a way to bring beloved teams back together. And so it is that the ATX Festival is staging a Gilmore Girls reunion. Oh god. It's happening. I might be freaking out.

ATX has blessed us with something like this before: The festival hosted a Friday Night Lights reunion last spring, making them experts in giving me heart palpitations from hundreds of miles away.

According to TVLine, the panel will take place in June and reunite Gilmore Girls stars Lauren Graham and Alexis Bledel with Gilmore Girls creator/overlord Amy Sherman-Palladino. It will be a momentous occasion for many — including for me, because I have had some pressing questions for the Gilmore Girls crew, and I have had them for quite a while. Here are the three most urgent:

What would Sherman-Palladino have done differently for Season 7?

Sherman-Palladino left the show for its final season, and she talked to Entertainment Weekly about the different plans she had for characters like Rory. But I need details. Very detailed details. In fact I'm gonna need 22 alternate scripts, please.

Whose idea was the surprise Luke/daughter storyline?

Specifically. Tell me exactly who first spoke the idea aloud, and who then said "yes, that sounds like a good plan." Like, I need names.

I really need to know what the last four words of the series were supposed to be.

This has been a Grand Gilmore Girls (G)Mystery for a long time now: Sherman-Palladino has been teasing the public for years with the fact that she's always known what four words she wanted Gilmore Girls to end with — but they weren't the four words the show actually ended with. She won't tell anybody what those four words were, and it will haunt me until my dying day. Now's your chance, Sherman-Palladino — just tell us.