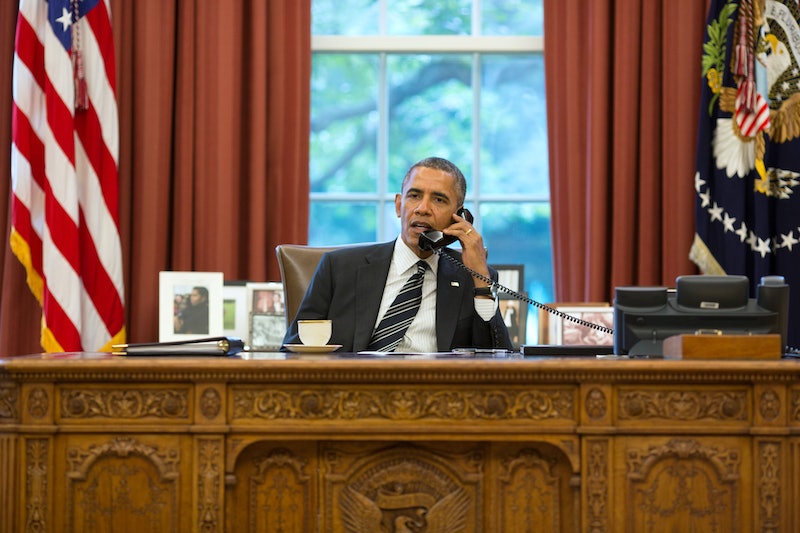 Setting up a political battle against the GOP, President Obama's immigration reform preventing five million deportations of undocumented immigrants is expected to be announced as early as next week. The president plans to exercise his executive powers and order an overhaul of the immigration system, despite the recent GOP takeover of the Senate, effectively handing the party control over the U.S. Congress.

One of the biggest components of Obama's plan will be to authorize many parents of children with American citizenship or legal residency to receive legal work documents, thus expunging them from the threat of being discovered, separated from their families, and sent back to their countries, reported the New York Times. While that might or might not be limited to those who have been here for over 10 years, the overhaul could also extend protections to undocumented immigrants who came to the U.S. as children, as well as their parents, and bolster opportunities for those with high-tech skills.

However, officials also told the Times that the president's order will affirm that deportations for convicted criminals, foreigners who pose national security threats and recent border crossers will continue as usual. There are currently an estimated 12 million undocumented immigrants in the U.S., most of whom flee from their home to American soil in search of better lives.

It could play out as a David VS Goliath battle, depending on which side you're on. Those for immigration reform obviously support an overhaul of the system, but on the other end of the spectrum (anti-immigration reform defenders are typically more conservative) allowing Obama to prevent five million people from being torn away from the lives they've built in this country is a no-go.

Obama's intention of using his executive powers to push a bill on immigration will also enrage the GOP, who have already once tried to sue Obama for executive overreach. The president's expected announcement could work out to his benefit either way: if immigration reform passes with his executive power, good for him, and the Democrats (votes from the Hispanic community for 2016, and the support of pro-immigration groups and advocates), but it the GOP blocks it, it's their turn to make a move, lest they lose out even more on support from the Hispanic community and make themselves be seen as cold, out-of-touch politicians. I mean...

According to the Times, Obama has said privately and publicly that he will reverse his executive orders if Congress is able to pass a comprehensive bill that he agrees to sign. Once the announcement is made, the ball seems to be in the GOP's court.