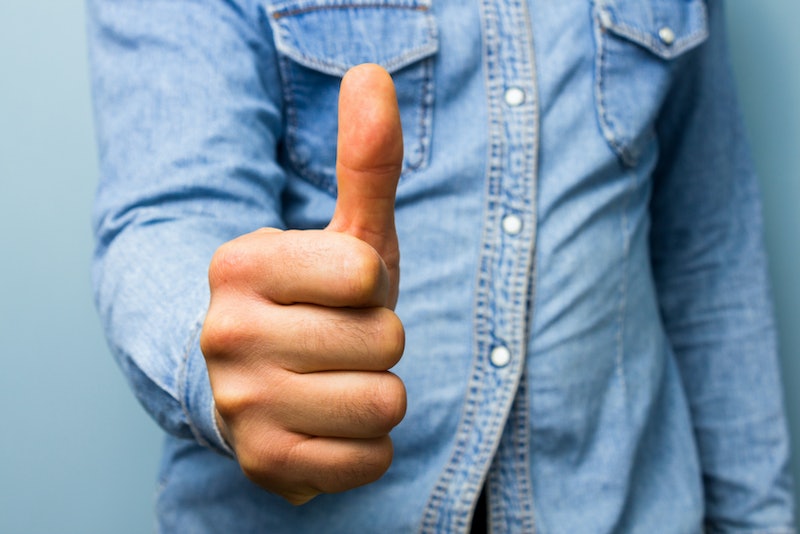 Popularity is now a measurable metric. Thanks to social media sites like Facebook and Twitter, your social capital has become a distinctly quantifiable number. And this, according to Ben Grosser, has made the concept of "friendship" surprisingly impersonal, dictated by quantity rather than quality. So to take the numbers out of friendship, Grosser developed Facebook Demetricator, a browser extension that removes any numerical data from your profile and your feed.

Despite science that suggests that human beings cannot keep track of more than 150 people at any given point in time, the average Facebook user between the ages of 18 and 24 has more than four times that many, boasting 649 "friends" who contribute to an online persona by liking, commenting and sharing posts. This social media popularity certainly plays a role in bolstering our self-esteem, and perhaps even motivates some of our activity. I don't post just anything online — if I'm going to share something, I want to make sure that it will attract attention. That, after all, seems to be the point of social media — sharing and connecting is validated by others' acknowledgement.

But this creates a sort of perversion in our interactions. There is something distinctly disingenuous about validating our friendships by the number of likes we get on our profile pictures or our latest statuses. And to combat this disturbing trend of data-driven friendships, Grosser created the Demetricator and has attracted the attention of thousands of users.

Grosser, an artist and a faculty member at the University of Illinois, published a paper earlier this month in the journal Computational Culture, in which he states,

With Demetricator, the focus is no longer on how many “likes” a user received, how much someone likes their status, or on how old a post is, but on who liked it and what they said. Quantity is no longer foregrounded, leaving users to focus on the content that remains.

With the plug-in installed, instead of seeing "36 people like this," you'll simply read, "people like this." The same applies for number of comments and shares, and even your friend count is eliminated from your profile as well as from your friends'. You'll no longer be able to feel inferior (or superior) based on the numerical content of your social media profile.

This dependence on numbers in terms of friendships seems to be a relatively new development — at the very least, before the advent of Facebook and Myspace, it was difficult to precisely quantify the number of "friends" you had. But because, as Grosser writes, "Facebook’s survival depends on its ability to sell targeted advertising, and those targets are built from the metrics they collect," the social media giant has made the numbers game their area of expertise, and "is the largest site that depends so heavily on metrics that count social interaction."

But without the numbers clouding your Facebook profile, the site becomes a distinctly different experience. I installed it and found it surprisingly refreshing. Not only are the numbers on my pictures and posts gone, but the numbers on others' activity has been removed as well, allowing me to enjoy Facebook in a much more honest and organic way. With the Demetricator installed, I was able to consume Facebook information in an objective way for the first time, unencumbered by the opinions of the billions of other users whose "likes" and comments inevitably play a role in drawing my attention.

That is, after all, the role of "likes" in the Facebook world. Grosser notes, "interaction with the “like” leads to more (future) participation." Facebook users are, ostensibly, "more likely to click on an advertisement if [it] is accompanied by a message indicating that 17,819 other people “liked” it before them." In a roundabout way, then, Facebook is able to direct traffic towards posts that have already generated significant attention by tapping into our subconscious tendency to go where others are already swarming.

While Demetricator doesn't interfere with whatever internal algorithms Facebook uses to promote certain posts with more associated activity, it does take out the exact numbers, allowing you to form independent judgments and experience Facebook from your perspective.

If the goal of social media is indeed to make people happier (as suggested by Facebook's ill-fated study earlier this year) then having a barrage of numbers confront users at every possible juncture may not be the best idea. Research has shown that the power of numbers often has adverse effects on users.

A study published in May suggested that a lack of "likes" on a post often led to a user having lower self-esteem, with feelings like ostracism and isolation rising to the surface. This is likely compounded when these users compare their own "like" to that of others, making them feel insecure about their own worth (at least in the Internet world).

As Science Daily noted, "the researchers concluded that active participation on Facebook was key in producing a sense of belonging among social media users," and conversely, a perceived lack of participation from others led to the exact opposite.

Part of the addictive quality of Facebook lies in its ability to play to our inner narcissist. As one user told Grosser, "The notifications become like meth. You just can’t stop checking and rechecking. It simply became a nervous addiction for me." And while the Demetricator doesn't take away the notifications, it takes away some of its side-effects. Users of Facebook Demetricator have noted that the plugin "added a Zen element to the entire format. I finally feel at ease." And honestly, Mr. Grosser, so do I.

More like this
TikTok’s “Miley Stewart Summer” Trend Will Make You So Nostalgic
By Courtney Young
Why Can’t I Go Live On Instagram?
By Emma Carey
How To Add Music To An Instagram Post
By Emma Carey
Using Your Pet’s Name As A Password? Here’s Why You Might Want To Change It
By Cristina Sanza
Get Even More From Bustle — Sign Up For The Newsletter