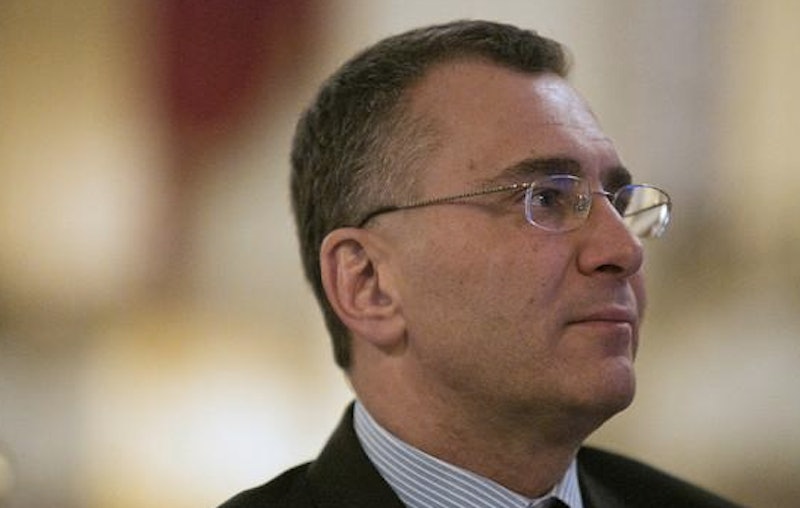 If the midterms weren't a strong enough indication of the American voters' dissatisfaction with President Obama and his ill-fated namesake policy, one MIT professor has emerged to rub salt into a gaping wound. On Monday, the Competitive Enterprise Institute, a libertarian think tank, posted an incendiary video in which economist Jon Gruber said that "stupidity of the American voter" allowed for the passage of Obamacare. While Gruber's overall message was that government transparency was needed for voters to make educated decisions about policy decisions, this five-word phrase has become the center of everyone's attention, and is now the source of a political firestorm in Washington and around the country.

But who exactly is Jon Gruber? Why does his opinion matter so much? And what does this mean for the future of Obamacare, which now seems to be standing on shaky ground with a Republican-controlled Congress? Back in July, House Republicans authorized Speaker John Boehner to file a lawsuit against the president, and while it hasn't come to fruition quite yet (seeing as he acted within his legal boundaries), to say that tensions are high between the executive and legislative branches these days would be a serious understatement.

And now, with new ammunition from an academic, the GOP seems more eager than ever to undermine President Obama's authority and take a new stand against the Affordable Care Act.

Who is Jon Gruber?

According to his CV, Gruber is an MIT educated economist who completed his Ph.D. at Harvard in 1992. He has taught at his alma mater since then, but has also held a number of high profile positions, including serving as the director of the National Bureau of Economic Research's Program on Health Care since 2009. His specialty in health economics made him a natural choice for then governor of Massachusetts Mitt Romney as the mastermind behind Romneycare, the universal healthcare expansion that took effect in the state in 2006.

Romneycare, of course, was the inspiration for Obamacare, and consequently, Gruber figures prominently into the economics and academics behind the President's Affordable Care Act. In fact, according to Vox, he received a total of $400,000 in federal grants for his help on the legislation. A 2012 New York Times profile of Gruber describes his work as the "benchmark" by which all other work in the field is measured.

What did he say?

Much to the delight of congressional Republicans who are in need of some new, perhaps non-partisan criticism of Obamacare, Gruber spoke candidly of his opinions on the law, and minced no words when expressing his malcontent. Said Gruber:

If you have a law that...made explicit that healthy people pay in and sick people get money it would not have passed...Lack of transparency is a huge political advantage...Call it the stupidity of the American voter or whatever, but basically that was really, really critical to getting that thing to pass.

Of course, berating the American populace for being stupid might not be the best move politically, but the sentiment remains extremely powerful. Gruber seems to suggest that the Obama administration was deceptive in its portrayal of the Affordable Care Act, and furthermore, that its ultimate passage was a bad idea. Needless to say, when the person who essentially engineered your policy calls it stupid, you're probably not in the best position.

What are other people saying?

As of August, Obamacare was at its lowest approval rating yet, with only 37 percent of respondents viewing the legislation favorably. On the other hand, the Henry J. Kaiser Family Foundation found that 53 percent held unfavorable opinions about Obamacare, and the GOP capitalized on this dissatisfaction big time during their midterm campaigns, with many Democrats losing their seats due to their support of the legislation. While Gruber's comments would ostensibly help Republicans in their fight to repeal Obamacare, nobody, on either side of the aisle, seems particularly pleased with what Gruber had to say. Many conservative pundits have taken to attacking Gruber for his "insulting" comments about the American voter.

Here are just a few headlines from various sources reflecting their take on the whole ordeal:

On Wednesday's episode of The O'Reilly Factor, Howard Kurtz, the host of Fox News' Mediabuzz, expressed his anger over the lack of attention being paid to Gruber's incendiary comments. But then again, conservatives also seem to be torn on whether they should be celebrating Gruber's criticism of the administration, or admonishing his criticism of the people.

What are people missing?

Of course, what many on both sides of the debate have completely glossed over is the fact that Gruber ends his rant with, "But I'd rather have this law than not." Unfortunately, you can't have your cake and eat it too.

What is the fate of obamacare?

This has yet to be decided, though the Supreme Court's hearing of King v. Burwell on Friday may provide a clue. The case examines a key component of Obamacare — its tax credits. While some recipients of Obamacare are benefiting hugely from these breaks, plaintiffs are arguing that that these tax credits don't apply in some states, which may cost some people in Florida, Texas, North Carolina and Georgia hundreds of dollars as their premiums skyrocket by a factor of five. Obamacare, which has been hotly contested since its rocky start, seems to have no relief in sight. And stupid or not, it's a problem that Americans and their lawmakers are going to have to deal with sooner rather than later.