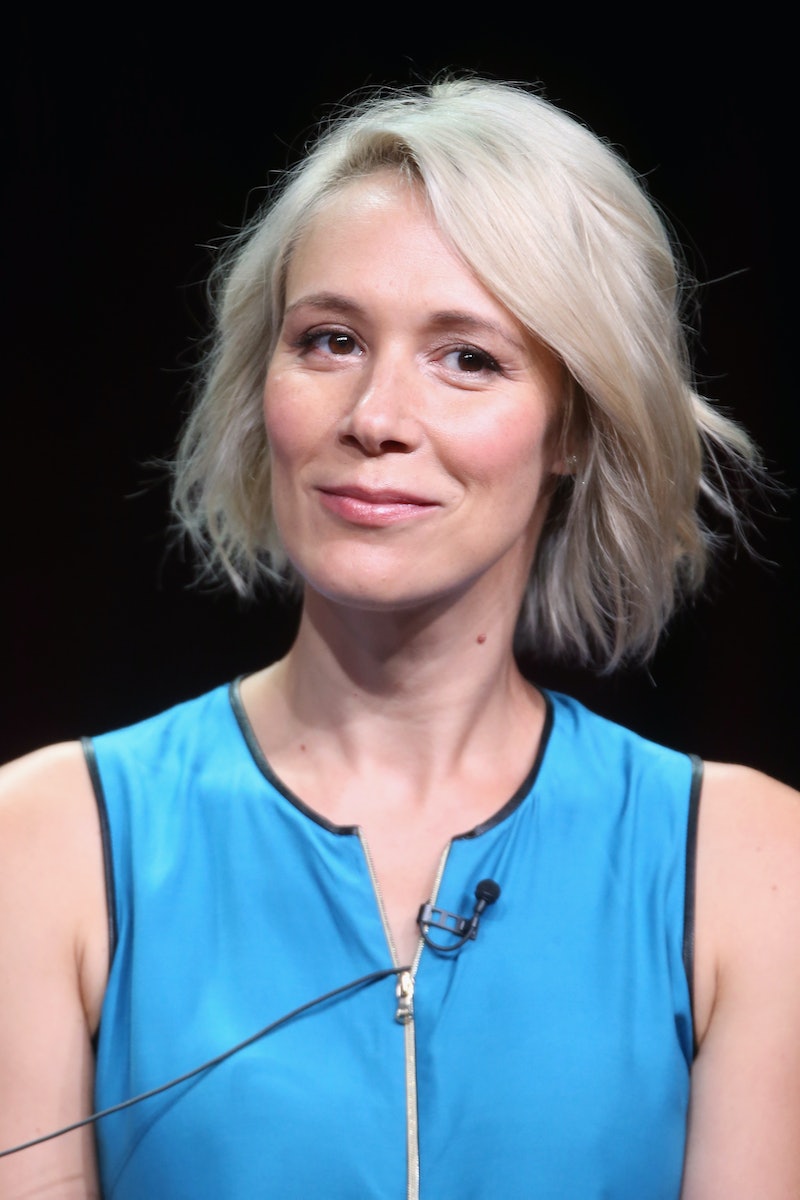 I will admit: At the beginning of How to Get Away With Murder, when we first found out about Sam Keating's death, I was totally convinced that Liza Weil's character, Bonnie, did the deed. After all, we were made privy to her affection for Sam early on in the series, and she seemed to abnormally worship Annalise (Viola Davis) — however, she also didn't seem like the obvious enough pick for the murderer next to someone like Rebecca (Katie Findlay), who the show seems to now (SPOILER ALERT!) be setting up as the killer. Even though Bonnie ended up with an alibi during the last episode, that doesn't necessarily mean that she's not the killer, either: Until the murder is solved, everyone is still a suspect. One person, however, who doesn't agree with this line of thinking seems to be the actress herself: During a recent interview with EW about the series, Liza Weil commented on theories that Bonnie killed Sam Keating on How to Get Away With Murder , and defended her often cold-hearted character's motives.

"So many people still think it’s me," Weil commented. "You guys did the odds poll and I’m still No. 1. I’m still getting emails from family members and friends. A lot of people think [sleeping with Asher] was Bonnie’s alibi."

Yes, to be fair: Bonnie wasn't around when Sam's body is first shown on the series. Instead of being anywhere near the vicinity of Sam and Annalise's home, where the murder took place, she was instead hanging out with Asher (Matt McGorry)...naked, in bed. Now, all the Law & Order: SVU I've watched has taught me that there are ways for someone to perfectly stage a crime scene and construct a solid alibi — especially if said person is a defense lawyer like Bonnie — but she legitimately seemed otherwise occupied during the time of Sam's murder.

However, Weil still disagrees: "Her heart lies with Annalise," Weil told EW. "Everything that she does operates from a motivation of really thinking that it’s the right thing to do and she really is protecting Annalise’s best interests. She really respects Annalise, maybe to an unhealthy degree." And her affection for Sam? "Annalise and Sam are almost like these odd parental figures that have a little bit of an Oedipal element to them. I don’t think Bonnie has many core people for her life. She has deep love for Sam and Annalise and maybe the coloring of that gets skewed sometimes. She also works so hard in that environment that Sam is this distraction that seems innocent at first, but her feelings get a little too inappropriate."

So, it's not exactly a denial that Bonnie killed Sam, but, if Bonnie really does love Annalise as much as Weil says she does, would she really kill the man that Annalise loved? Besides, she did seem shocked when Annalise called her during the last episode, frantically asking where Sam was — it's possible that Bonnie legitimately is innocent.

On the other hand, there's also the possibility that Bonnie and Sam had a history together, so maybe there's a backstory we don't know about. Like I said: Everyone is still a suspect until the show actually shows what happened to Sam. Until then, even Annalise herself should be considered a potential suspect — after all, if there's one thing this show has taught us, it's that you never really know what a person is truly capable of.

How to Get Away With Murder airs new episodes every Thursday night at 10 PM on ABC.

More like this
Grey's Anatomy Fans Are Worried They Figured Out The Sad Reason Japril Returns
By Brad Witter
All The Theories About Kathleen Peterson’s Death
By Morgan Leigh Davies
'Who Killed Sara?' Won’t Return For Season 4
By Brad Witter
TikTok's Spooky 'Heartstopper' Fan Theory Will Make You Question Everything
By Nola Ojomu
Get Even More From Bustle — Sign Up For The Newsletter